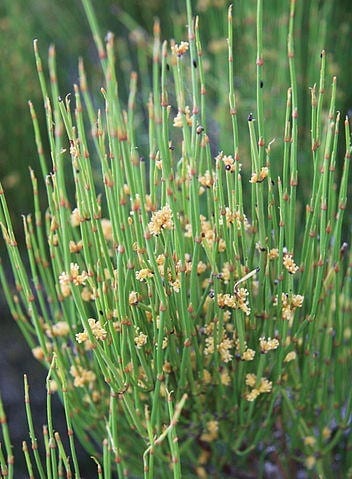 Although the February 17 heatstroke death of 23-year-old Baltimore Oriels pitcher Steve Bechler has re-raised concerns about the use of the ma huang herb and its derivative, ephedra , practitioners of Traditional Chinese Medicine say that Chinese medicinal uses of the herb are both safe and beneficial when prescribed and administered under the supervision of a licensed acupuncturist or herbalist . While no therapeutic Chinese herbal formulas have been linked with the serious adverse reactions being reported in the media, the FDA is considering banning the substance from being used.

The History Of Ma Haung

Ma Huang, which is native to China but is also now found in the Mediterranean region, India, Persia, and the western portion of South America, has been used safely and effectively for centuries among practitioners of Chinese medicine. The herb was first mentioned roughly 3,000 years ago in The Divine Farmer’s Materia Medica (Shen Nong Ben Cao Jing). This classical text was the first to lay the foundation for study in Ch Chinese medicinal herbs. In this text ma huang herb is described as: ” Non-toxic, treating mainly a form of the common cold, headache, and warm malaria. It causes the body to sweat, suppresses cough and counter – flow of qi (asthma), eliminates cold and heat, and breaks concretions and hardness, accumulations and gatherings. ” 1

Ma huang has also been mentioned in The Treatise on Cold Induced Diseases (Shang Han Lun), a classical text that is a staple in all Chinese medicinal herbs education. The herbal formulas from this text are still popular in China and throughout the Chinese medical community today. It is in this text that ma huang herb is combined with various other medicinal herbs to treat diseases such as the common cold, asthma and edema.

Current students and practitioners of Chinese medicine study from the Chinese Herbal Medicine Materia Medica, where ma huang’s functions are described as: ” Induces sweating to relieve patient of “common cold” or flu-like symptoms (chills, fever, headache, and absence of sweating). Facilitates the opening of the lungs and controls wheezing for those patients suffering from cough with wheezing due to the lungs being obstructed. Promotes urination and reduces edema, especially edema that is associated with flu-like symptoms. ” 2

How Ma Haung Is Used In Chinese Medicine

In Chinese medicine, ma huang is not used to increase energy levels or promote weight loss. Rather, the ma huang herb is typically used as a remedy for asthma, coughs, congestion, and other lung problems. Licensed herbalist s administer ma huang herb in much lower doses than the amounts typically found in Western diet pills and energy enhancers. Ma huang is also administered in conjunction with other herbs that serve to counteract and balance any of the negative side effects of ma huang .

Ephedra ‘s dangers are well documented in the traditional Chinese medical literature, which are studied by students training to be licensed acupuncturist s and herbalist s. The texts instruct practitioners to be aware of patients who would not be prime candidates for specific medicinals, as well as to recognize side effects that might arise from any given herb. It is from the Chinese Herbal Medicine Materia Medica that practitioners of Chinese medicine learn that ephedra ma huang should only be used in low doses for short periods of time. This text also states that ma huang may cause a rise in blood pressure and should not be used in patients with cardiovascular disorders or high blood pressure.

When ma huang was introduced to the West, it transitioned from being used as an herbal treatment for diseases to an ephedra supplement for energy and a weight loss. Western pharmaceutical companies use a concentrated form of ephedrine, the alkaloid enhancement of the natural herb ma huang . Many Americans use this ephedra alternative for extended periods of time without professional medical supervision. Often, the herb is combined in diet or energy products with caffeine or a natural caffeine source such as kola nut, guarana, or tea. The combination of these two different types of stimulants can be especially powerful, yielding a potentially dangerous effect in sensitive individuals.

If abused or misused, ephedrine can lead to dangerous side effects, such as high blood pressure, heart attack and stoke. Any ephedra supplement or ephedra alternative should be taken with caution. According to Jack Miller, licensed acupuncturist and President of Pacific College of Oriental Medicine, “If one of the dozens of chemical compounds found in any herb is isolated, concentrated and then used as a drug, there is definitely an increased possibility of toxicity and negative effects. This is compounded when the herb is used for conditions not traditionally indicated.”

To ensure safe and appropriate use of ma huang, one should only take the herb under the supervision of a licensed acupuncturist or herbalist. Practitioners trained and licensed to prescribe Chinese herbs such as ephedra supplement typically have 3-4 years of graduate level schooling from a Traditional Oriental medicine college, graduate with a Masters degree, and pass minimum competency exams for licensing.  To date, there have not been any reported cases of death from ephedra or ephedra alternative use in China, where the herb is commonly prescribed by licensed practitioners.

The National Institute of Health and the World Health Organization (WHO) have cited Oriental medicine, which includes herbology, as an effective means of healthcare. According to the Journal of the American Medical Association, approximately 42% of all Americans are using complementary therapies, spending more than $34 billion annually.