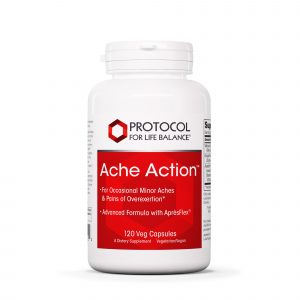 This article was originally published in the Fall 2022 edition of the AIM Newspaper. Read the full paper for free.

As we age, the maintenance of joint health is dependent on factors anatomical, functional, and biological in nature. From the anatomical standpoint, individual joint morphology and extra weight can be responsible for pressure points within the joint, which can erode cartilage tissue over time and create friction zones that require repair. Functional factors that may be responsible for premature joint aging are poor muscle function and joint overuse. As for biological factors, the combination of anatomical and functional joint issues may result in an unfavorable environment that translates into the generation of biological stress inside joints. Supplementing the diet with appropriate nutrients and botanicals can help support normal joint health by contributing to normal joint tissue healing and by supporting a normal response to biological stress. Many botanicals have been studied for their joint support properties, but we will focus upon three: willow bark, ginger root, and Boswellia serrata. A note: many of these statements have not been evaluated by the Food and Drug Administration. These products are not intended to diagnose, treat, cure, or prevent any disease.

Willow bark extracts have been used for centuries to modulate the immune system response to pain and injury related to overexertion. Its main bioactive constituent, salicin, is metabolized into acetylsalicylic acid. When the immune system is triggered, active constituents of willow bark extracts have been shown to regulate the normal balance of key immune mediators that could contribute to its analgesic effect. Clinical studies confirm that willow bark extracts can help to alleviate minor aches and pains associated with overexertion.1,2

Ginger root is another traditional herb with many applications. It is usually thought of in the context of relief from occasional nausea, but it has also been used for centuries by herbalists for its pain-relieving effects. Ginger possesses numerous active constituents, including gingerols, shogaols, and many other bioactive compounds including volatile oils. Research indicates that the pain-relieving effects of ginger are likely to be related to the inhibitory effect of 6-shogaol on the release of substance P, which is associated with normal immune responses to bodily stress and pain perception. Gingerols and shogaols are known to regulate the normal balance of key immune mediators released when the immune system is triggered. In addition, human and laboratory research indicate that ginger may inhibit many other biological pathways that are activated when the immune system is triggered. Clinical evidence demonstrates that ginger root and ginger extracts are effective relievers of pain due to overstress or exertion, as well as for occasional pain related to typical menstrual cycles.3,4

Boswellia serrata is a botanical commonly used in Ayurveda for minor aches and pain. The main bioactive constituents of boswellia are boswellic acids. Boswellia serrata extracts are often standardized to the 3-O-acetyl-11-keto-beta-boswellic acid (AKBA). Boswellic acids, especially AKBA, regulate the normal balance of key immune mediators released when the immune system is triggered. By helping to support a balanced response to these signals, Boswellic acids, especially AKBA, alleviate the pains of overexertion. Boswellic acids also might help to preserve and maintain healthy joint tissue through their effects on matrix metalloproteinase-3 (MMP-3). ApresFlex® is a proprietary Boswellia extract that has been clinically shown to reduce the minor aches and pains of overexertion in as few as five days after beginning supplementation, while positively influencing joint mobility for up to 90 days. ApresFlex® has efficacy at a relatively low dosage – only 50 mg twice daily – which makes this ingredient ideal for a supplement.5-7 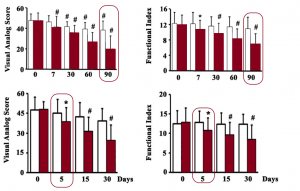 Among the nutrients that may contribute to healthy joints, methylsulfonyl methane (MSM), a natural form of bioavailable sulfur found in all living organisms, is critical for the formation of collagen and elastin, which are proteins that are important to normal joint structure. Furthermore, sulfur is necessary for glutathione, lipoic acid, and s-adenosyl methionine (SAM-e) production. MSM is also important for the support of normal immune response to biological stress. Data from randomized clinical trials suggest that supplementing the diet with a minimum of three grams MSM daily may help to maintain healthy joint tissue.8,9

Hyaluronic acid (HA), another nutrient that may contribute to healthy joints, is a naturally occurring glycosaminoglycan (large molecule made of D-glucuronic acid and D-N-acetylglucosamine) that can be found in every tissue of the body. HA is particularly concentrated in the eyes, skin, and joint fluid, where it functions as one of the body’s main lubricating components. In joints, it helps to create a viscous environment that cushions and maintains normal joint function. HA also plays a critical role in the formation of cartilage, the main tissue that makes up joints. While it is a long molecule that was initially thought to be unabsorbed in the digestive tract, some more recent studies show that is slowly and steadily absorbed and can reach joint tissue. Data from randomized clinical trials suggest that supplementing the diet with 80 mg HA daily may help to maintain healthy joint function.10,11

Céline Torres-Moon is a medically trained science writer for Protocol For Life Balance.

These statements have not been evaluated by the Food and Drug Administration. These products are not intended to diagnose, treat, cure, or prevent any disease.