Home › Signs of Potential on the Face 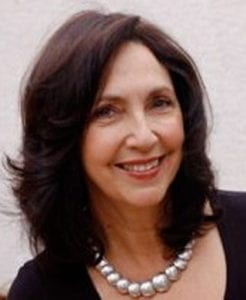 Potential is a word weighted with meaning, usually in a positive sense about the possibility of something becoming an actuality. Potential can also have its downsides, however, as something can also develop into a problem. The catchall word from ancient Chinese medicine indicating potential was “jing”, most often understood as the inherited constitution, although it is actually so much more. Jing is a term that embodies all the inheritance from the ancestors—not only the physical structure of your body and its potential physical and emotional functioning but also the talents and abilities of your forebearers.

We inherit many more traits than we use and each of us is a complex mixture of his or her ancestors’ traits. Geneticists have theorized that we carry up to 14 generations of traits, but we do have some inherent ability to determine which traits we manifest by how we live and act; this explains how even identical twins can look different. Recently, an emerging field of science called epigenetics has found that we have the ability to pass on acquired traits, which means that your DNA changes as you do. It is exciting to think that our life experiences can benefit our offspring, although there is also a concern that we can also pass on some difficult predispositions.

Ancient Chinese medical texts often refer to jing as being fully present at birth, but this does not mean it is fully accessible; jing comes in infusions at regular periods of time based on each individual’s timetable and stages of growth,and needs to be accessed. For example, it was believed that early childhood was a dangerous time because most children do not get their first major infusion of jing until about 7 or 8 years old. Modern neuroscience backs this up with the current understanding of the rapid development of the brain at this age. Research has also showed that the brain does not finish developing until the age of 25, which is when the Chinese believed someone was fully grown and finally able to have their face read.

Jing is first and easiest measured in the cartilage of the upper ear. The stronger and stiffer this area is, the more physical jing someone has. These people don’t get sick very often and have the potential to live longer than the average person. Thinner, softer, and more flexible ears indicate less physical jing, but with good jing management, these people can still live long lives, although they do need to be much more careful about jing expenditures. Luckily, there is also an area to measure the intrinsic spirit: behind the ears where the ear attaches to the head. Stiff cartilage here indicates a fighting spirit, accessible most easily in a crisis or an emergency, such as sickness. A softer, spongier area indicates less spirit and these people need to enlist help when facing a crisis.

Each person’s jing is stored and retrieved from what the Chinese described as underground aquifers in the body called the “Sea of Yin” and the “Sea of Yang”, sent through the body on the pathways of the Extraordinary Meridians, particularly the Du and Ren Channels, which come down the center of the face.

The Sea of Yang” is seen on the top of the forehead and is also called the “Palace of Inheritance”. The rounder this area, the more extra yang jing you hold in reserve. This area is representative of the talents, abilities, interests, and desires that you inherit from your ancestors. The right side of the upper forehead is from the mother’s family and the left side is from the father’s. It is not possible to see what these talents and abilities are, only where it is from. This is the jing that most needs to be accessed when someone has become sick and can be the energy that helps people get well. Getting back to the intrinsic talents and abilities brings a kind of soul-level satisfaction that also makes life worth living.

The Sea of Yin, or “Palace of Immortality”, is seen in the philtrum between the nose and the mouth. This is the point where the Ren and Du channels meet and, in ancient Taoist alchemy, the philtrum is symbolic of the cauldron where alchemy occurs: the place between heaven and earth. Above, the nose receives the cosmic qi from breath through the nostrils; below, the mouth receives the qi of the Earth as food. It is also the place to view fertility and creativity. This area is considered the equivalent of the lifeline on the palm of the hand, showing the time of life when the most jing is given from this underground aquifer. The philtrum can be divided into three parts: the top of the philtrum is the time of childhood, the middle of the philtrum mid-life, and the bottom of the philtrum old age. If the philtrum is equal in width in all three areas, this indicates that the infusion of jing is regular throughout life. When the philtrum is widest in the middle, the most jing is present in mid-life, and a philtrum that is widest at the bottom indicates that jing has been preserved and will be most present and available in old age. The good news is that the shape of the philtrum changes based on jing used so far and can also indicate a change in jing usage when more of the jing is preserved for old age.

Whenever I ask my clients if they want to live to be old, the answer tells me how they are using their jing. The ones who answer that they don’t want to be old and sick, crippled, and in pain have already used up too much jing. When someone answers that they want to live to be old no matter what, primarily because they have so much to accomplish, their philtrum is usually quite wide on the bottom. The philtrum can and does change shape as jing usage is protected, indicating the patient is living better.

Therefore, those of us in the field of Chinese medicine have an obligation as health practitioners to help people understand how to manage their jing. We can use these signs to monitor its usage and encourage people to access the jing that they have not yet used, stored in the Sea of Yang. Longevity itself is not the goal; being fully functional and enjoying life while living long enough to complete your life’s work is the ultimate reward.

Lillian Pearl Bridges, an authority on face reading and diagnosis, is credited with bringing this body of ancient knowledge back to the field of Chinese medicine. For over 20 years, her wisdom, warmth, and humor have captivated audiences around the world as she has taught both complimentary and allopathic health practitioners how to utilize facial diagnosis in their practices. Founder of The Lotus Institute, Inc., she trains students in her apprenticeship program, at continuing education courses at universities and colleges, and is a featured speaker at conferences, conventions, and symposiums around the world. Her book Face Reading in Chinese Medicine was published by Churchill Livingstone in 2003 and has been translated into German and Italian.