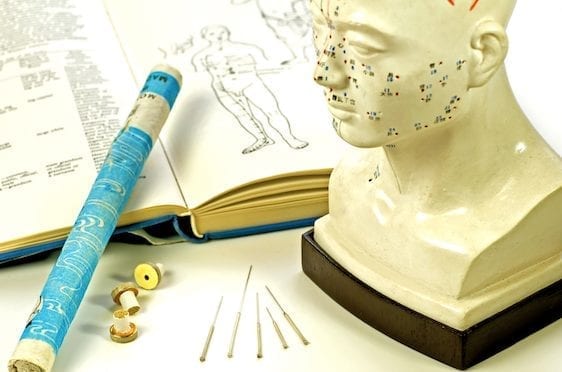 “This is a problem with the education system in America: they don’t teach you how to process information,” says Dr. Dmitry Royter. For the last fifteen years, Royter has prepared students for standardized tests such as the GMAT and SAT. When Royter, who runs his own test-prep firm, IvyPrep, took the GMAT himself, he scored among the highest three percent of those taking the exam, so he should know a thing or two about how to get ready for a test. This article gives unique insight for acupuncture students to take control of their study habits and structure their learning.

“The way I think about information—it’s like a website,” Royter explains. He says the information is organized in “a tree structure—the main idea, then it goes into subpart one, subpart two, and so on and so on”. When he first encounters information that he must master, Royter first reads through it “really fast. I only retain the main ideas. Then I go back as I need it. That’s very, very simple and very efficient.”

The idea of regulating one’s own learning is hardly new. For example, Benjamin Franklin wrote extensively on the techniques that he used to improve memory and the methods he used to “arrange his thoughts”. Admittedly, before the last two decades, methods that allow students to become masters of their own learning were backed by very little empirical evidence. In the past two or three decades, however, researchers began examining various learning techniques and strategies, searching for most efficient ones (Zimmerman, 1990). 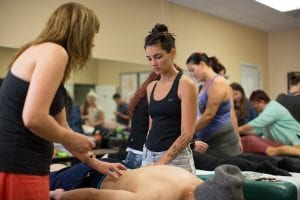 The academic discipline known as educational psychology includes the topic of self-regulated learning. Even though a lot of research has been done in this area in the recent years, and scientists have established which learning strategies are more and which ones are less effective, the outcomes of their research and their recommendations do not reach the majority of students, who continue to believe that you need to be smart or talented to study well. While finding the right strategy to suit your personal learning style does require some resourcefulness, anybody can be an excellent acupuncture student. In fact, according to one study, students’ academic achievement can be “predicted with 93% accuracy using their weighted strategy totals across the learning contexts” (Zimmerman, 1990). Fortunately, acupuncture students need very little mathematics, for example, but they do need to memorize great many anatomical terms and must be able to visualize various anatomical structures in relation to each other. They also need to remember acupuncture points and meridians as well as how the meridians and zang and fu organs interact with each other.

Research suggests controlling six components that are fundamental for academic self-regulation: (1) motivation, (2) time management, (3) learning techniques, (4) physical environment, (5) social environment, and (6) monitoring methods. Scientists recommend first setting a goal as the first step in self-motivation. The second motivational self-regulation technique is self-verbalization or self-talk. This technique can take many forms, and should address individual behavioral patterns, such as boredom, anxiety, or other traits (Dembo & Seli, 2012). While self-talk may seem silly, it plays an important role in self-regulation in children and turns into an internal dialog as they become older (Diaz & Berk, 2014), but adults can use it effectively for self-regulated learning, nonetheless. Time management can be tricky. While procrastination is often seen as a bad habit, some students use it effectively. The best approach is to observe how you manage your time by creating timetables in which you record how much time you engage in various activities during the day. You then decide when and how much time you need to spend studying (Dembo & Seli, 2012).

Fortunately, you already have years of experience studying, and you must have noticed which approaches work most effectively for you. Finding or creating the least distracting environment can also be tricky, because some students study best when background noise is present, such as music or even in a crowded café, while others prefer silence. If, however, you feel that you can focus your attention on what you’re studying, then you can learn in that environment. Keep in mind that learning becomes worse when students study longer than 30 minutes, after which short, 5-10 minute breaks are best (Dembo & Seli, 2012). Learning and monitoring techniques are intertwined. You can, for example, talk to yourself about the main ideas that you just learned. Ensure that they are connected with each other. If you stumble, look up the material that you are unsure about. Then begin talking to yourself about smaller details, as Royter recommends. You can also reproduce main and secondary ideas using pen and paper. Whether you use words or tables, diagrams, webs, or some other form of graphic representation depends on your personal preferences.

While the nature of material that students need to process affects the type of learning techniques that will be most effective for an individual student, essentially, all acupuncture students want to be able to process (whether to memorize or to understand) the information that they study at school devoting minimal time and effort to it—no matter whether it is mathematics or anatomy. Although mnemonic techniques might be helpful for students who need to memorize a lot of related and unrelated information (Putnam, 2015), keep in mind that depending on an individual’s innate as well as acquired strengths and weaknesses, different mnemonic techniques can be more or less effective (Sarma, 2015). The only way to know for sure which techniques work best for you is to try them on yourself. Certain aspects of learning, however, are universal and can be applied to all and every student, no matter of what discipline. The first universal aspect is to know how to read textbooks efficiently.

Jim Lewis, a professor at Polytechnic Institute of NYU who conducts research on study habits, says that “textbooks aren’t really designed to be read front to back”. According to Lewis, “the best place to start is to read the chapter’s summary—to get the whole picture of what it’s all about. And from there, you sort of follow through.”

Royter concurs: “the efficient way to memorize is to go from general structure to small details,” he says. “Otherwise, you have nothing to hold the pieces together. You’ve got no skeleton. First, you need a structure, then you start putting in everything else.”

Researchers also found that an important part of self-regulated learning is to become aware of your own thinking, otherwise known as metacognition. While there are many aspects of metacognition, the one that is particularly important is to ensure that you understand what the textbook’s author says every paragraph. Scientists recommend either stating aloud to yourself what you just read or taking brief notes of the material that you are studying (Paris & Winograd, 1990). As you read through a textbook, talking to yourself or taking notes lets you monitor how your brain processes the information you have just read. Typically, if you have trouble putting it into your own words, then it means that you are not grasping the concepts that the textbook’s author is trying to convey. If that is the case, then you might want to reread the paragraph that contains confusing information or look up that information elsewhere. The key is to be aware of what you are learning and—what is even more important—what you are not learning. Once you read all the pages that you need to read, and after you were able to explain the material you just read in your own words, you are ready to restructure the pieces of that information in relation to each other—as Royter explained, first, general concepts, and then, smaller details.

I tried this method myself, using a physiology textbook. Just as Royter and Lewis recommend, I first read each chapter’s summary, then skimmed the text of the chapter, and only then attempted to answer the questions at the chapter’s end. When taking tests in the past, I nearly always had to guess which of a multiple-choice question’s answers was correct. This time, though, I knew the correct answers to some of the questions before even looking at the answer choices.

My experience squares with a technique suggested by Dr. Luis Manzo, a psychologist and the director of the counseling center at Polytechnic Institute of NYU, where he also runs workshops on study habits. Manzo says, “What I like to do—if I’m doing a multiple-choice exam—I cover up the answers. I read the question, and I try to answer it in my head before I look at the answer choices.”

When it comes to test prep for acupuncture students, practice is every bit as important as methodology. According to NYU-Poly’s Lewis, “The more you practice the better you get at seeing. You know, ‘Oh, I didn’t see the “except”.’ So, practice and take your time. Read through each question carefully.”

Practice really does help. Still, though, I have trouble believing that I’ll really remember everything I study and won’t have to guess the answer, at least occasionally. IvyPrep’s Royter, however, disagrees. “If you got it, you got it,” he says. According to him, if you don’t know the answer, you’re just not processing the information correctly.

When it comes to doing an initial review of the information you need to learn, Lewis has some tips. “One is to throw away the highlighter,” he says. “A lot of times people just sit there and highlight material. It means, ‘Ooh, it’s really important. I’m gonna learn it later on.’ As opposed to when you take notes on it while you are reading. Then you’re actively engaging. Because now you read it, kind of comprehend it, and then take notes on it. And you actually absorb it much better than you ever would have if you just passively read it.”

I’ve begun following Lewis’s advice when studying: I take notes on what I’m reading, point by point. Usually, each paragraph has only one major idea, and I diligently transcribe every such idea in a notebook, using my own words. I find it interesting that once I grasp a textbook author’s concept, answering questions at the end of a chapter seems less irritating. In fact, it seems almost like a game.

I’m sure it takes more than a few weeks of experimenting to really master these techniques, yet the methods seem very simple and useful for anyone willing to put some effort into improving his or her study habits. After all, the techniques all boil down to just three main points: (1) identify each major point that a textbook is trying to make; (2) move from general concepts to smaller details; and (3) practice taking tests. According to at least three educational professionals, these methods, used together, should work every time for acupuncture students.

Vladislav Korostyshevskiy, MS, LAc, holds two master’s degrees—one in acupuncture, from PCOM’s New York branch, and the other in technical writing & journalism. His articles have appeared in Tathaastu magazine, The American Acupuncturist, Acupuncture Today, Medical Acupuncture, The California Journal of Oriental Medicine, The Journal of Chinese Medicine, and the website Acupuncture.com. His book Secret Techniques for Controlling Sadness, Anger, Fear, Anxiety, and Other Emotions is sold all over the world.