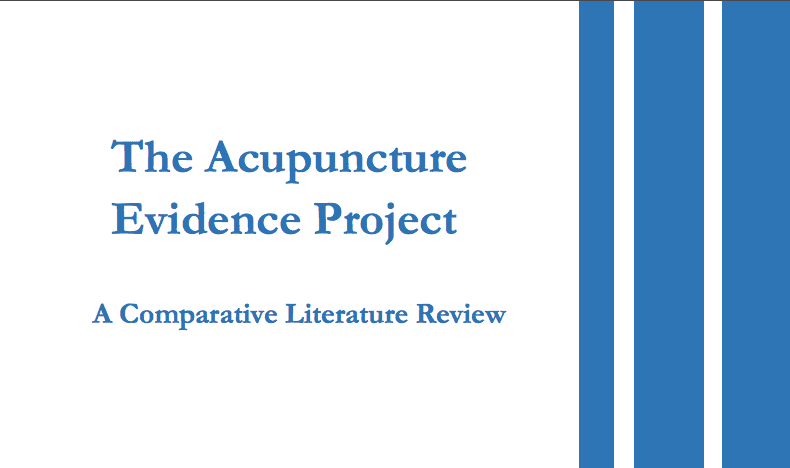 See the plain English summary of the study for the full list of conditions considered or the full 81-page literature review.

Overall, the study found evidence for the effectiveness of acupuncture for 117 conditions, with stronger evidence for some conditions than others. Strong or moderate evidence supported the effectiveness of acupuncture for almost fifty conditions, including IBS, many varieties of musculoskeletal pain, post-operative nausea and vomiting, some types of headaches, PTSD, obesity, and stroke, as well as the aftereffects of stroke. It was found to be particularly safe and cost-effective compared to other potential treatments for allergic rhinitis and migraine. Evidence was weakly positive for acupuncture as a treatment for dozens of other conditions ranging from Parkinson’s and Alzheimer’s to multiple sclerosis and traumatic brain injury. The study found that more research was required to determine its effects on epilepsy, as well as on cocaine, alcohol, and long-term nicotine dependence.