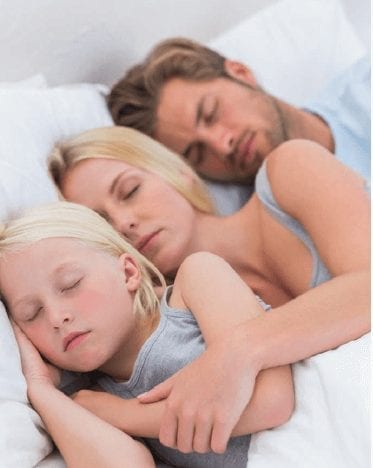 Sleep is a key ingredient for a healthy and joyful life. Good sleep acts as a rejuvenator of the mind and regenerator of the body, enabling us to perform optimally during our waking hours. Even powerful medicine is of hardly any use if this fundamental ingredient of life is missing.

Unfortunately, the modern approach to getting enough sleep is taking vast numbers of sleeping pills. Approximately 60 million sleeping pill prescriptions were filled in 2011, a new high. Both the effectiveness and safety of these drugs are inadequately reviewed, and though typically prescribed for short-term use only, some users become abusers, heavily addicted. The long-term use of sleeping pills is strongly correlated with much higher rates of death in the following years—5 to 10 times higher.

In both Traditional Chinese Medicine and Ayurveda, three essential energies sustain us:

Sleep supports the generation of ojas, which is the refined substance derived from digestion and assimilation of food. Ojas in turn supports all somatic/bodily functions, governing the growth and healing processes of the body and enhancing the immune system.

“Dependent on sleep is happiness and misery, corpulence and leanness, strength and weakness, potency and impotency, intellect and non-intellect, life and death.”
–Sage Charka, father of modern Ayurveda

According to TCM, sleep is a result of harmonious coordination between yin or ying qi and yang or wei qi. The Yellow Emperor’s Inner Canon, chapter 18, states that yang circulates 25 times in the yin meridians during the night and 25 times in the yang meridians during the day. As a result, when it arrives at the yin meridians, it “goes to sleep” and when it arrives at the yang meridians, it “awakens”.

On the other hand, yin follows the regular meridian flow and continuously circulates through the body in a daily cycle. Both yin and yang share the same origin, and the movements of these two types of qi coordinate to maintain a harmonious balance, including the sleep-wake cycle.

Sleep is a result of harmony between the yin and yang, which allow the anchoring of shen in the heart. When the yin/yang interaction is out of balance and weakening of the yin encroaches on yang circulation at night, it can cause restlessness of shen, or shen floating upwards instead of resting in the heart. This results in sleep disorders.

In the Indian tradition of Ayurveda and Tantra, sleep is considered to be one of the states of consciousness (the other two being wakefulness and dream state). Prashnopanishad says that the state of sleep is the result of awareness withdrawing from the senses. The Brihadaranyaka Upanishad, a classic text of Yoga and Ayurveda, says that the heart is the place into which the senses are withdrawn during sleep. In other words, if our awareness is not able to withdraw to the heart center then the quality of sleep is adversely affected. According to Ayurveda, the two primary reasons for sleep disorders are unbalanced vata or inner wind and habitually improper lifestyle choices.

“Fear, anxiety, anger, smoking, exercise, blood-letting, fasting, uncomfortable bed…
these factors may be taken as causes of insomnia, along with overwork, old age, vata disorders, and aggravation of the vata itself.”
–The Charak Samhita, an early foundational on Ayurveda 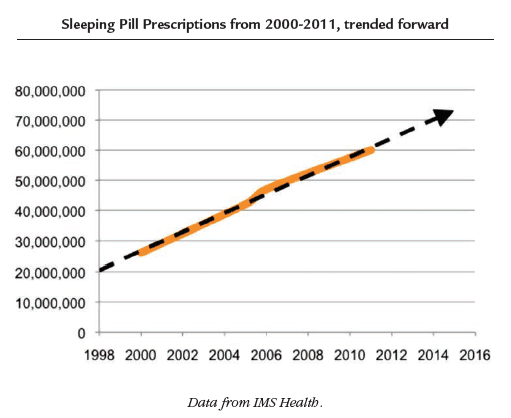 Both TCM and Ayurveda focus on understanding the pattern behind sleep disorders. Most problems are due to heat or phlegm causing agitation of the yang or vata, resulting in restlessness of the shen. Acupuncture, herbal medicine, and manual therapies can treat the conditions to restore the balance of yin and yang.

Chronic sleep disorders can, however, be superficial symptoms of underlying deeper imbalances, and while acupuncture and other therapies can be helpful, sometimes the person needs to address these deeper imbalances by including healthy lifestyle, proper diet, emotional balance, meditation, exercise, and management of stress.

“There is already some research to suggest links between sleep problems and conditions such as obesity and depression, both of which are associated with diabetes. For example, we know that obese children tend to sleep badly and that people become more obese if they are not having enough sleep. Our new study demonstrates that abnormalities in the circadian rhythm may partly be causing diabetes and high blood sugar levels. We hope it will ultimately provide new options for treating people.”
–Professor Philippe Froguel, Department of Genomic Medicine, Imperial College London

Chronic sleep disorders are a manifestation of underlying deeper imbalances of body-mind energies. Improper lifestyle, eating habits, stress and behavioral patterns create an imbalance in the inner environment that eventually results in corresponding sleep disorders. Although receiving courses of treatment is important, the last thing one should do is mask the symptoms by simply taking medication. It is equally important to address the deeper imbalances by adopting a healthy lifestyle, proper diet, meditation, exercise, and managing stress for emotional balance.