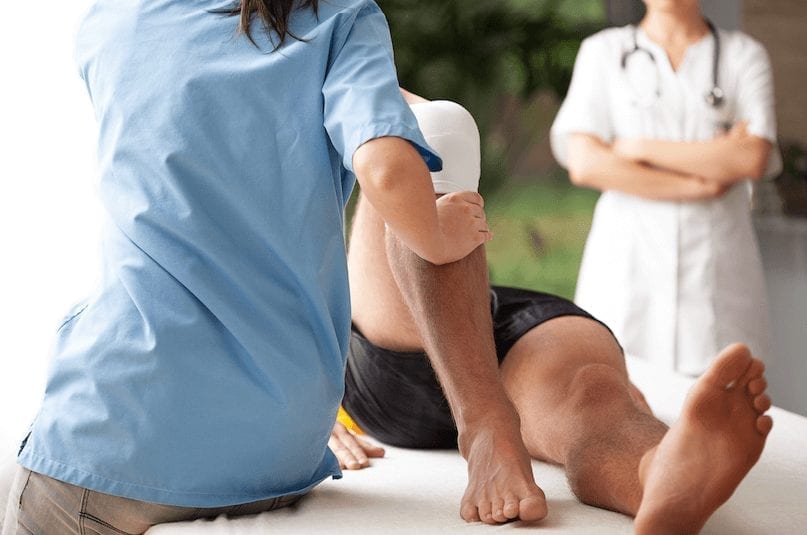 Developed in India 2,500 years ago, Thai massage made its way to Thailand where its Ayurvedic techniques and principles gradually became influenced by traditional Chinese medicine. Thai massage focuses on clearing negative energy. Unlike many other massage modalities, Thai massage is performed on a floor mat and consists of deep rhythmic pressure that stretches the entire body. A trained Thai massage therapist stretches a person with specific, assisted yoga poses. The philosophy behind Thai yoga massage techniques focuses on energy points called “sen.” The Sen lines of the body are similar to the meridians in TCM, and are thought to directly correspond with a person’s “qi”, or energy. As the Thai massage therapist stretches the participant, he or she also presses and massages along the sen lines or points. This can release stagnant qi from the body to resolve specific problems.

Thai massage is often called the “lazy man’s yoga” because it can accomplish many of the benefits of yoga, but it allows the patient’s body to be passive during the stretches. That’s not to say that it is only effective for those that don’t exercise often. Athletes seek out Thai massage, and it is incorporated in many sports massage practices. Thai massage can loosen muscles, open joints, and move energy in a way that even the most active people can’t do without assistance, allowing them to go that extra step in their stretches. Similar to yoga, when the patient is held in a pose, blood slows to the targeted area. When the massage therapist releases the pose, fresh circulation rushes back into that area, improving movement of qi and blood. Twisting and inverted Thai yoga massage positions, such as a spinal twist, are particularly effective in renewing circulation. Inverted poses, in particular, can help with lymphatic drainage, the return of blood to the heart, and digestion.

This form of massage is also an excellent option for those with serious injury or chronic pain conditions because Thai massage is gentler than other forms of massage, yet has a big effect. It’s ideal for patients that can’t have a deep tissue massage performed on them, such as anyone with fibromyalgia or people recovering from an injury. Muscle compression and joint mobilization are used during the treatment, and acupressure provides a specifically Oriental medicine aspect. Pregnant women make up another demographic that can greatly benefit from Thai massage. Thai massage is similar to pre-natal yoga and can accomplish some of the same things. It can get the hips open and ready for birth, and can also significantly loosen other muscles that may be overcompensating during pregnancy, like those in the chest and back. Thai massage is performed while the patient is fully clothed in loose garments, an attractive aspect to pregnant women who may not want to deal with a drape. This massage is completely about comfort, both during and after the actual massage, as the lasting effects provide a release of emotional as well as muscle tension.

The Substance Abuse and Mental Health, or SAMHSA, division of the United States Department of Health and Human Services, lists both yoga and massage therapy as alternative approaches to mental health care. In Thai massage, as well as other modalities, the release of emotional or mental stress occurs through the manipulation of muscles. Consistent massage can emotional and mental health as well as physical, allowing the body to release negative thoughts as it releases muscle tension.