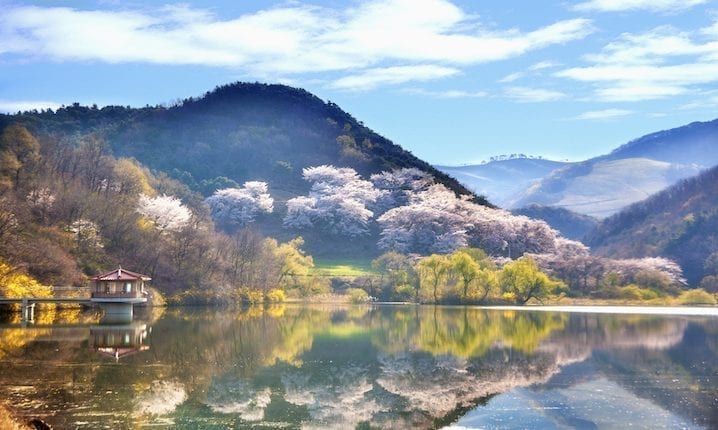 Spring awakens nature’s bounty after months of winter doldrums. With the rebirth of flowers and greenery the feeling of new hope is borne upon every wind. Unfortunately for millions, those same gentle winds bring with them seasonal allergies – along with the annual misery of sneezing, congestion, watery eyes, runny nose, and just overall suffering.

Traditional Chinese medicine often views springtime allergies as related to the element of wind. As in all TCM, allergies are looked on as being caused by an imbalance in the flow of qi. In this case, it is considered a blockage of qi to the nose and sinuses. TCM calls allergies “bi yuan,” which literally translates to “nose-pool”. Bi yuan comes from a deficiency in wei qi – the internal force that protects us from wind. TCM practitioners will usually want to treat allergies by using all the disciplines that strengthen qi, herbs, and acupuncture, qigong etc. However, Chinese herbs alone have been used for centuries for the treatment of springtime allergies. There are many herbs to be used. There are specific herbs that are known to dry phlegm, others to relieve coughs, and still others that can alleviate red and itchy eyes. Therefore, TCM practitioners will often create their own combination of herbal medications, some held in strict confidence, depending on the symptoms of the patient.

The most common Chinese herbs used for treatment of allergies include combinations of:

Herbs that have been used on their own to treat springtime allergies by both TCM doctors and Western herbalists include:

Interestingly enough, the catechins found in green tea have also been shown to have an antihistamine effect, and drinking green tea along with all of its other wonderful medicinal properties may alleviate the symptoms of springtime allergies.