Following the Call to Heal - Pacific College
Skip to content

Home › Following the Call to Heal 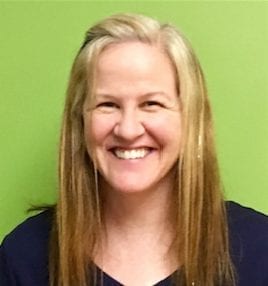 Jennifer Williams is driven by a calling. She had an inkling of her future vocation very early in her life: It was simply to heal people. As an adult, Williams felt herself gravitate naturally to the field of Chinese medicine, and she has gone on to bring acupuncture to hundreds of people who might not have otherwise encountered it—just as an evangelist might do.

Now, with a doctorate from PCOM, Williams is equipped to have a shaping influence on the field of acupuncture and Chinese medicine, and to push for licensed acupuncture providers’ full acceptance as independent licensed practitioners by the mainstream medical community.

When Williams joined the Army at age 19, to aide a cousin who had enlisted, it didn’t take long for her to learn that the medical services provided in this critical context left much to be desired. During her training at Fort Jackson, and then while she was stationed in upstate New York and Germany, she began to notice a pattern of medical treatment that prioritized drugs to lessen pain over addressing the roots of problems. “I saw people suffering unnecessarily,” Williams remembers.

With these experiences in mind—and, of course, an eye on her lifelong calling—Williams felt herself drawn to study at The Academy of Chinese Culture and Health Sciences (ACCHS) while she and her military husband were stationed nearby at Camp Parks in Dublin, California. The coursework immediately clicked with her, but she wasn’t yet using her newfound expertise in her day job.

That changed soon after Williams graduated in 2008. She and her husband were transferred to Washington, D.C., where she worked as an assistant to a three-star general in the Department of Defense. Though she never talked about her degree in Chinese medicine, she shared her knowledge in other ways—first by making herbal tinctures for the general, then for his wife (herself a two-star general), and then by providing acupuncture to a stream of other co-workers.

“People would pull me aside and ask me for acupuncture,” Williams recalls. “It was this kind of clandestine acupuncture in the back office of a high-tempo environment.”

When the general and his wife were transferred to Afghanistan, acupuncture was made available to the soldiers there. Williams realized that her commitment to acupuncture was rippling out to impact people beyond her immediate circle. How could she ensure that this would continue?

Next, Williams and her husband were transferred to Fort Bragg in North Carolina. As it turned out, many of the soldiers returning from Afghanistan were requesting acupuncture, having discovered overseas how helpful the treatments could be. Williams opened a private acupuncture practice, becoming the only acupuncturist in the region who treated veterans. The Department of Veterans Affairs took note and asked Williams to come work for the organization.

Unfortunately, what appeared to be a stars-aligning opportunity soon became a stumbling block. Because of opaque internal politics, the VA sharply amended its policy just as Williams was about to start, declaring that it could no longer privilege licensed acupuncturists unless hired as a nurse or chiropractor.

This challenge helped Williams to see a problem in the field of acupuncture that she believes many in the arena have yet to acknowledge: “We, as licensed acupuncturists, don’t have a shared framework and language.”

Earning her PhD in Counseling Studies from Capella University and her doctorate from PCOM became a way for Williams to rise to the top of the field and have a hand in improving the framework and language surrounding the field of acupuncture. Her larger goal never wavered: expanding the communication of acupuncture and other forms of Chinese medicine. In December, after a year in the PCOM program, she earned her doctorate in Acupuncture and Chinese Medicine.

“Not only was the transitional doctorate program that PCOM offers logical, but I see PCOM as the Harvard of Chinese medicine,” Williams says. “Scholarly writers come out of PCOM, and a lot of the valid research we see, comes from providers influenced by this school. I wanted to be engaged with this program to improve not just my writing but my thinking, too.”

Now, as an instructor in PCOM’s doctoral program and the head of research methodology and capstone projects and ACCHS, Williams is equipped to consider the field of acupuncture from a high level—and to help determine the answers to its lingering big questions. She’s right where she sensed she always wanted to be.

“I have looked at these questions from many angles now,” Williams says. “PCOM helped shape where I can see our profession going. and it gave me ideas of where I can assist in expanding this paradigm of medicine.”