Home › How a Law Student Found His Career in Acupuncture 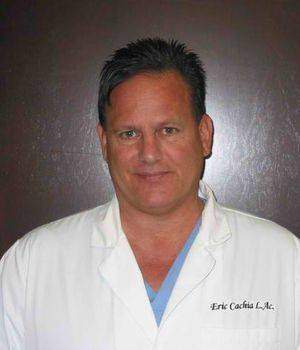 Eric Cachia didn’t expect to develop an interest in acupuncture, much less pursue a career in acupuncture. Acupuncture burst into his life, as unexpected as the massive basketball player who fell hard on his leg during a casual pickup game one fateful day. At the time, Cachia was in law school, on his way to becoming a lawyer. As he struggled to recover from a ruptured ACL so he could return to school full time, he discovered that acupuncture was the best way to treat his pain without the unsavory side effects of prescribed drugs. He was sold—he would build a career on helping others find what he had.

After receiving his initial certification in acupuncture in 2000, Cachia soon carved out a niche for himself: treating patients receiving workers’ compensation after suffering an injury on the job. He’s able to work as an independent contractor, traveling to different clinics to provide his services. More recently, Cachia has delved deeper into the med-legal arena by serving as an expert witness in cases challenging the standard of care provided by an acupuncturist. In other words, even after he turned away from law school and toward a career in acupuncture and Chinese medicine, Cachia managed to port his interest in law into his present-day career. 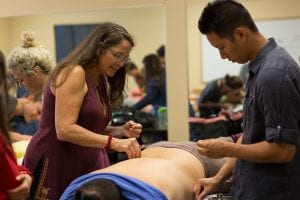 In the midst of his work, Cachia found he was ready to further immerse himself into the acupuncture field—to help more people, to establish a more rooted practice, and, most of all, to reach and treat even those who looked askance at alternative fields of healthcare, such as Chinese medicine. He was ready to fight for more respect, both for himself as an acupuncturist and for his field—he was ready to become a doctor.

Now, the Pacific College of Oriental Medicine is helping Cachia reach the goal that began to take shape after that fateful day on the basketball court: Cachia hopes to transform his steady career as an acupuncturist into a thriving one by studying to become a Doctor of Acupuncture with a Chinese Herbal Medicine Specialization.

“The fact that the terminal degree in acupuncture is now the doctor’s degree is going to heighten the perception of the profession,” Cachia says. “It may not do it immediately, but down the road, it will.”

Of course, Cachia was not in a position to halt his full-time work while he was in school, which, on the more practical side, made PCOM’s program possible. Cachia was able to complete an upgraded program designed specifically for people who already have a master’s degree in a flexible format. He finishes the transitional doctoral program in April and feels ready to benefit from the changes that he believes are coming in the field.

“PCOM is definitely a leader in the field; I think they’re the standard for this model of education.”