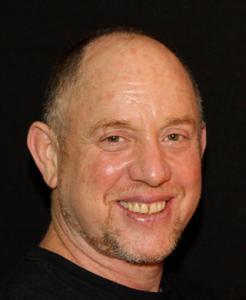 Rick Gold, one of the four founders of Pacific College, was recently interviewed by Candice Georgiadis of ThriveGlobal, an Ariana Huffington project focused upon the connection between well-being and performance recently featured an interview. Gold is also President and Executive Producer of Metta Mindfulness Music, a music production company dedicated to creating original music focused on health enhancement, stress reduction and deepening meditative consciousness informed by both ancient traditions and modern neuroscience.

Rick and Candice began their discussion with the origins of his lifelong fascination with East Asian medicine while in pre-med at Oberlin College in the 1970s. In a time when few Americans had even heard of acupuncture, let alone knew much about it, Rick “awoke from a dream one winter day with an intense desire to study acupuncture”. Ever since, he has devoted his life to the study, practice, and promulgation of East Asian medicine. In 2005, merging his interest in music with his career, he began enhancing his meditation after he learned of neuroscientific studies on the effects of sound on the brain. This led to his meeting with Yuval Ron and their creation of Metta Mindfulness Music.

Rick has many useful and immediately applicable strategies we can take and resources to look into to combat our own anxiety in these unusually stress-filled times–and steps we can take to offer support to those around us.

Read the Full Article at ThriveGlobal