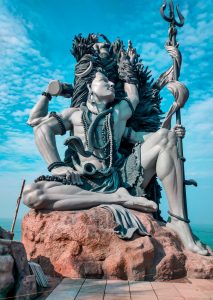 Did you know that June 21st is the International Day of Yoga? In December of 2014, the United Nations proclaimed it as such, as a way to raise awareness of the many benefits of practicing yoga.

But why June 21st?  Many thousands of years ago, a man named Shiva became the very first yogi, the Adiyogi. He achieved enlightenment through practicing the yogic sciences, and humanity was forever changed. People gathered to watch and learn from this great being, and yet he sat motionless in total meditative silence. Over time, only 7 people remained, eager to learn the secrets of Yoga. Eventually, on June 21st, as the sun turned South on the solstice, so Shiva turned to face these 7 students and share the teachings of yoga, thus becoming the first guru, or Adiguru. These first 7 students are known as the Saptarishis and they brought Shiva’s yogic sciences to the world.

Did you know that here at Pacific College we have a one of a kind AAS Yoga Teacher Program? You can earn an associate’s degree and your advanced 500-hour Registered Yoga Teacher certification while diving deep into the yogic sciences including asana, pranayama, meditation, Ayurveda, marma, and more!

Reach out with any question, and stay tuned for more about Yoga and all it has to offer!