Home › On the Shoulders of Giants: Gleaning Clinical Pearls from Unknown Clinicians 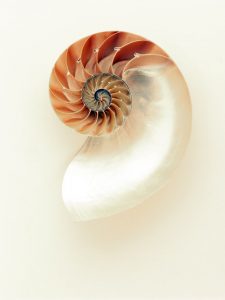 Isaac Newton is credited with having said: “If I have seen further it is by standing on the shoulders of giants.” Several of my teachers have used the Chinese adage “when drinking water, remember the source.” These statements ring true in traditional East Asian medicine, as all practitioners have gained knowledge from those who came before us. We have heard stories of practitioners with godlike abilities, performance of double heart transplants, possession of transparent abdomens, and receiving manuscripts from practitioners long since deceased.

While there may be little truth to these claims, it does speak to these physicians’ clinical greatness.

Modern-day practitioners may not reach deity status, but one humorous story I learned did yield an impressive yet informal case study. This gem came from a more contemporary master, Yoshio Manaka O-Sensei (1911-1989), but the giant to whom I refer is not known to me by name.

Manaka O-Sensei was an acupuncturist and surgeon who not only pioneered techniques such as ion pumping cords and the Manaka hammer but was also a poet, artist, and in every sense of the term a modern-day Renaissance man. I suggest all practitioners read his book Chasing the Dragon’s Tail, but please keep in mind that it’s a lot to chew on. Even the foreword, written by Stephen Birch, a brilliant practitioner and contributor to the field, made my jaw sore from chewing on the information. The pearl of which I speak comes from Manaka’s skeptical introduction into the world of East Asian medicine: one of his first interactions with an acupuncture clinic.

As the story goes, Manaka was a surgeon at the time. Often, patients would come in to see him about abscesses on their faces. When he diagnosed them as carbuncles, they would not stay for treatment or surgery, but instead go to the acupuncturist. After this had happened several times, Manaka reached out to the acupuncture clinic to ask what exactly they were doing. The acupuncturist stated that they performed direct moxibustion on LI 4 (He Gu). Manaka, a very skeptical surgeon, expressed his disbelief: “If burning patients can cure disease, have them burnt in a crematorium.”1  Clearly, his own research and skill led Manaka to become one of the most prominent Japanese acupuncturists in the modern era, but in the situation, I would like to sing the praises of the practitioner who dropped this clinical pearl.

AL is a relatively healthy 33-year-old female. I have been treating AL for several years to help deal with occasional acne outbreaks that are worse with her cycle. Twice she has suffered from a patch of painful cystic acne approximately 1.5cm in diameter, located below the mouth near ST5. The first time she presented, it took weekly treatments with surrounding the dragon and draining stomach heat to resolve this stubborn patch. The second time she presented, she had come into the office mere minutes after I was telling an acupuncture student who had just started working for me about Manaka O-Sensei’s contributions to the field. That conversation turned out to be serendipitous as, during my consultation with AL minutes later, she moved her facemask to the side to show me a new patch of acne in the same spot. I immediately remember the tale of Manaka’s introduction to moxibustion. Even though it was not a carbuncle, the presentation seemed close enough. While I performed a “regular” acupuncture treatment on her, I took a few moments to burn a dozen or so rice grain cones on LI 4 (He Gu) on the same side as the patch. Channeling Manaka, I even joked, “watch this, you’re going to call me on your walk home to tell me it’s all gone.” I was only off by a few hours.  The patient reported that the area started draining an hour and a half later, with her skin returning to normal within three days.

As we advance in our clinical experience, we must be willing to look everywhere to improve our skills and knowledge, whether in modern studies, studying the classics, conferring with colleagues, observing related fields, or listening to “tall tales” of previous clinicians. Clinical inspiration and growth come from everywhere and everyone who has contributed to the field in ways both large and small. If we can continue to absorb knowledge and train our clinical skills, maybe we too can be raised to saintly status.

Dr. Tom Ingegno, DACM, has over 20 years of experience in the integrative and functional medicine space. He owns and operates Charm City Integrative Health, a multifaceted clinic that NYT bestseller and futurist David Houle called the “Future of Medicine.” This clinic provides a multidimensional approach to reducing inflammation, improving circulation, and regulating the immune system. Tom has taught at two prestigious schools for east Asian medicine, is a published author, and helped expand the scope for the practice of acupuncture with his role as chairman of the Maryland State Board of Acupuncture. He also served as director of a chain of wellness centers in the mid-Atlantic, developing treatment protocols and managing practitioners.