Home › How Acupuncture Can Help in the Opioid Crisis (Infographic) 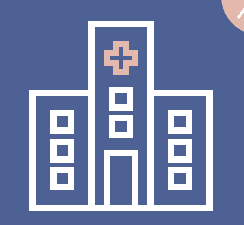 The opioid epidemic is top news, and with this realization, many are seeking alternative pain care such as acupuncture. Over 700 addiction centers offer acupuncture as an alternative and/or adjudicative therapy.

Just copy and paste this code to embed the infographic on your website!

The reduction in the manufacturing opened up a serious conversation between doctors and patients. Many patients currently on pain medication must prepare for an alternative plan because the medications they now use are addictive and being purged from the market through regulation and realization.

The optimistic patient will be the most successful. One of the most difficult part for patients who are being weaned from pharmaceuticals is sleep disturbance. Going more than 24 hours without sleep is both disruptive and dangerous. Acupuncture therapy helps with this specific side effect and others.

Detoxification can be both painful and disruptive. In 1985, a 5-point auricular acupuncture treatment was introduced by Dr. M. Smith of the US National Acupuncture Detoxification Association (NADA).

It’s reported that a with electrical stimulation at two ear points and four body points together with acupuncture opioid withdrawal can be treated. The report by Dr. Wen has been implemented and proven to increase patient participation in long-term treatment programs.

Dr. Wen is a Hong Kong the first historically recorded doctor to observe and record his observation in 1972. His research provides a medically proven way to incorporate treatments to treat patients inexpensively and without side effects. It is medically safe for pregnant women, simple, and be used to prevent relapse.

The World Health Organization provided a list of 64 “problems” that are can be treated with acupuncture. In 1996, the list included “treatment of drug abuse.” Today, the term “drug abuse” has expanded to include prescription pharmaceutical medications. This has lead to a change in public policy and culture.

The cultural shift to include patients as at risk for potential “drug abuse” lead to swift actions. A class action lawsuit and political pressures resulted in a policy change to decrease the amount manufactured by pharmaceutical companies.

The research into the opioid epidemic includes a study from Germany study which states 14,000 participants with neck pain. Of those using acupuncture, it is reported there is a clear improvement in their pain relief.

There are two types of acupuncture; the traditional needle acupuncture and modern laser acupuncture. In a 2014 clinical study, 282 men and women in a study found relief for their osteoarthritis through acupuncture.

Compiling data, researchers put together 29 studies on acupuncture to determine collaborative data. The result was that approximately 50 percent of patients had improvement. The American College of Physicians recommends acupuncture as an alternative to drug therapies.

The World Health Organizations list of 64 conditions to treat with acupuncture which include back pain, sports injuries, headache, insomnia, infertility, heart problems, sciatica, and stress.

The evolution of modern acupuncture starts with the 1970’s Dr. Wen study and journeys back through time 2,000 years to China. Historically, bronze, gold, or silver needles were crafted and used by special practitioners of the art.

Western interest in acupuncture is recorded going back to the 1500s during European colonization. It was in the late 1900s when Chinese doctors began to take acupuncture more seriously as a medical treatment.

Today’s opioid epidemic starts with the name brand painkillers Vicodin and OxyContin, and their generic counterparts. Statistics from the National Institute on Drug Abuse show 90 people die per day from opioid overdose. The estimated economic cost of prescription misuse is $78.5 billion a year.

The United States makes up only 5 percent of the global population. However, 80 percent of the globe’s opioid supply is consumed by the United State’s. The number of prescriptions written in 2012 for opioids totaled 259 million. That’s the equivalent of one personal opioid prescription per American. In the decade between 1999 and 2010, the number of prescription sales increased by four times. Which means, it from 1999 to 2010 manufacturers doubled their sales every five years.

The United States, War on Drugs, turned doctors into drug the drug dealers. The big pharma push into the medical community was a dark secret, that grew into a common medical practice. The medically acceptable reasons to give out painkillers such as Vicodin went from post-surgical to routine practice.

Today, prescriptions are highest in the areas of Physical Rehabilitation and Physical Medicine 36%, Surgery 37%, and Pain Management 49%. Online doctors prescribe 1 out of 5 prescriptions to patients with non-cancer-related pain. Over-reliance on opioids is now considered a drug addiction. 2 Million Americans have a substance use disorder-related to prescriptions.