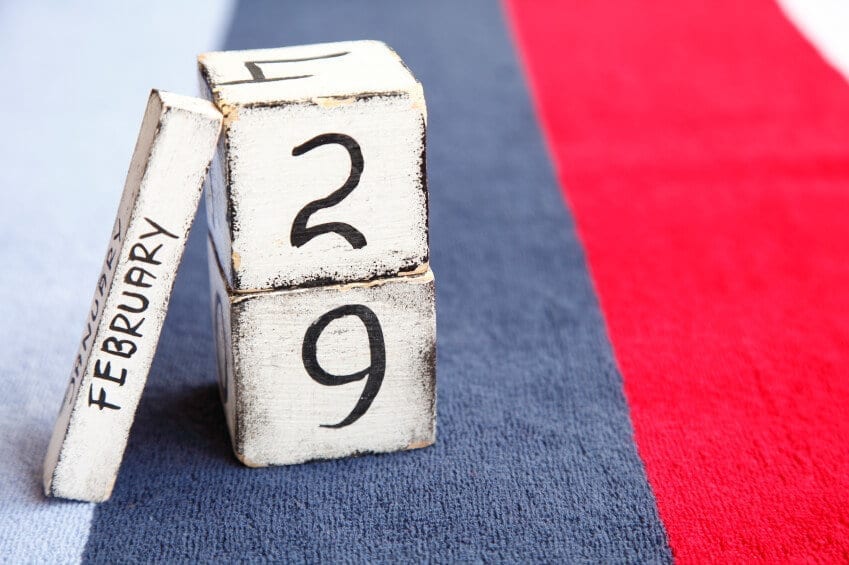 Have you ever wondered why we add one day to February every four years? It turns out that the history of leap year is a long and very complex one, having much to do with the inexact number of whole days it takes our Earth to complete a full orbit around the Sun: 365.2422 days, more or less.

Julius Caesar got his astronomer, Sosigenes, involved. Pope Gregory XIII and his astronomers jumped in, and Roman Emperor Caesar Augustus played his part. Here’s a story from the BBC that nicely lays out the chronology, but we wanted to explore some of the most interesting and “eccentric” Leap Day traditions and facts to celebrate this upcoming Leap Day 2016.

Women ask their men to say, “I do”

A very public proposal turned out well for Genevieve and her guy on Leap Day 2012. She popped the question on Royal Mile in Edinburgh while a band played, “Can’t Take My Eyes Off You.” This custom dates back to an old Irish legend that finds 5th century St. Brigid of Kildare imploring St. Patrick to allow women to propose to men to keep things in balance. St. Brigid had an intuitive understanding of Oriental medicine, it seems. St. Patrick decreed that this should be allowed on the last day of the shortest month every four years, and the tradition of women proposing to men on Leap Day – or in Leap Years – was born.

Irish monks brought the leap year proposal tradition to Scotland. One legend claims that around 1288, Queen Margaret of Scotland decreed women should don a red petticoat while popping the question. Margaret apparently understood the fiery passion symbolized by the color red. While decreeing it law, she also established fines for men who declined the marriage offer. The penalty could require that the man kiss the rejected woman, or gift her a silk gown or 12 pairs of gloves.

Happy Leap Day birthday to you

If you were born on February 29, you are a “leaper” or “leapling.” The chances of this are about one in 1,461, and you qualify for membership in The Honor Society of Leap Year Day Babies.

Do something fun and memorable on Leap Day 2016, but follow St. Brigid’s lead, and strive for balance!