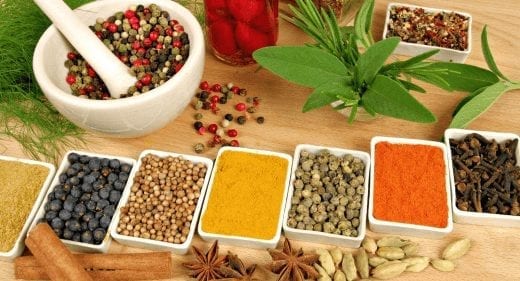 Ayurveda is an ancient healing tradition that views a person’s physical and emotional well-being as being based on the proper balance of vital energies. Ayurveda and traditional Chinese medicine share this fundamental belief in the importance of balanced energies. As one might imagine, both of these traditions view weight fluctuations in terms of how balanced a person’s mind, emotions, diet, digestion, metabolism and appetite are. Any imbalance here can lead to undesirable weight gain or weight loss. As the theory goes, only when the vital energies – in TCM, this energy is called “qi”, and in Ayurveda, these multiple energies are called “doshas” – are properly balanced, will weight naturally come into balance, as well.

Western science has studied the benefits of medicinal herbs in relation to weight control. According to the renowned Sloan Kettering Cancer Center, “Clinical trials show a benefit of various herbal formulations in treating acne, rheumatoid arthritis, diabetes, hepatitis, and obesity.” Recently a study was conducted to specifically test the validity of Ayurvedic weight loss herbal supplements. The trial was conducted at the Interdisciplinary School of Ayurvedic Medicine, in India. The Western style, double-blind randomized study was designed to investigate the effects of four different Ayurvedic herbal supplements purported to aid in weight loss.  Seventy obese patients, those who considered themselves to be 20% or more over ideal body weight, were placed into one of four groups. Groups 1, 2, and 3 were given the various herbal treatments over a three-month period – the 4th group a placebo over the same course of time.  When compared with the placebo group, significant weight loss was observed in the three groups receiving the herbal weight loss supplement. Body measurements such as waistlines were also significantly decreased in the herbal supplement groups. Decreases in serum cholesterol and triglyceride levels were observed. Ayurveda emphasizes how to adapt with nature to prevent the disease process from starting, and to ensure that health is maintained. Ayurveda offers three basic pillars: diet, sleep and exercise (yoga). In regard to eating, Ayurveda views ingestion as a very broad term, not just limited to the ingestion of food, but to the experience. In Ayurveda, food can be the number one preventative medicine. Each individual’s psycho-physiology is taken into account and then he or she is offered a proper diet plan. According to Ayurveda, diet should support your physiology and lead to strong mind. A strong mind promotes clear thinking. Clear thinking always produces useful activity, which ultimately leads to the fulfillment of desires. This is how good eating habits can promote the greatest happiness and satisfaction in life, and that is why adults often have to start all over (de-learn) and relearn how to eat right. It’s common for people to form poor eating habits as children, but it’s never too late to take on a healthy outlook. 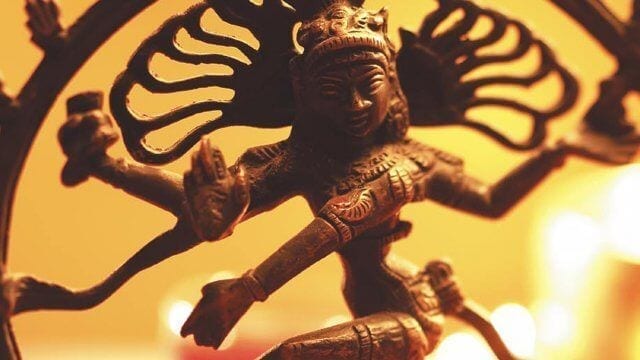 Many leading scientists and nutritionists agree that the rampant, almost epidemic increase in obesity in America is largely related to stress overeating.  When the body is stressed, it produces an overabundance of certain hormones – most notably Cortisol. “Cortisol and insulin boost our preference for comfort foods, high-fat, high sugar, or high salt foods,” says Elissa Epel, Ph.D., lead researcher with The University of San Francisco Obesity Assessment Study. Increased levels of Cortisol not only increase appetite, but also increase our desire for the “wrong foods.” Fat cells also release Cortisol. So over-eating in times of stress becomes a vicious cycle, with increased Cortisol levels causing us to overeat, and the subsequent increase in fat cells to produce more Cortisol.

One of the most powerful herbal supplements in the pharmacopoeia of Ayurveda is Ashwagandha, (Withania somnifera.) Sometimes called Winter Cherry, it has long been known for its ability to relieve both physical and psychological stress. Ayurvedic physicians classify ashwagandha as a “rasayna”, or what Western herbalists refer to as an adaptogen, an herbal medicine with multiple, nonspecific actions that counteract the effects of stress and generally promote wellness.

This is the kind of pattern of imbalance that the principles of traditional Chinese medicine and Ayurveda have been designed to break.  Ayurvedic practices such as yoga, transcendental meditation, and herbal supplementation have been shown time and time again to be very effective in reducing stress, as have been acupuncture, Qi-gong and Tai Ji.