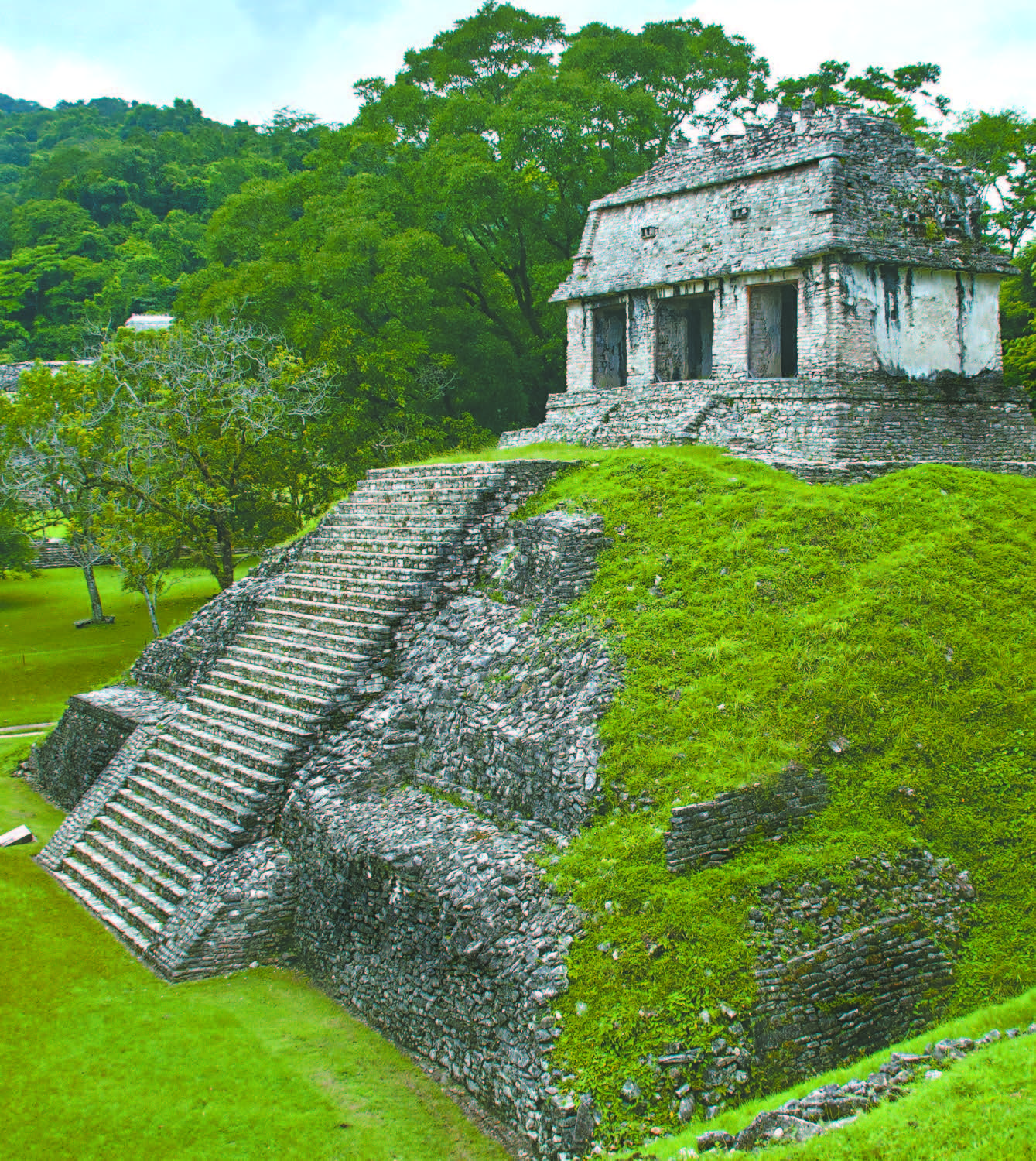 Volunteer Oriental medicine practitioners and students are increasingly joining traditional health delivery assistance programs, reaching out to people around the world who have little or no available healthcare. Like the non-governmental organizations (NGOs) that have gone before them, the ultimate goal of these new outreach health volunteers is to engage local groups as proactive health care participants, not as mere passive patients. However, such commendable goals don’t always work as expected. A recent startup NGO, Healer2Healer, is developing a different approach, working with local groups in Guatemala and elsewhere to foster self-reliance from the very beginning of each project, rather than hoping to transition at some later date.

Guatemala is an appropriate place to start such an effort. As a result of the collapse of international agency assistance in the last few decades, NGOs represent the lion’s share of health care outreach in Guatemala. During the 1970s, international organizations such as the World Health Organization (WHO), the United Nations International Children’s Emergency Fund (UNICEF), and the United States Agency for International Development (USAID) attempted to funnel health care funds through the central government. Those efforts stopped after 10 years because the political and bureaucratic channels to the poor were inefficient and not cost-effective. Effective NGOs can thus make a real difference in this country, where 51% of Guatemalans live on less than two dollars a day.

Healer2Healer’s mission goal faces a daunting challenge in Guatemala, one of the poorest countries in Latin America. A study by University of Colorado researchers found that traditional short-term medical volunteer work in Guatemala has a history of mixed success.[i]  The study found a pattern of concern that such efforts often ended up with a dependency relationship with local communities. The most frequent suggestion of those interviewed from such communities was that short-term medical work could be much improved by coordinating with existing Guatemala health care providers to avoid potential harm.  But such coordination is complicated since in some parts of Guatemala the NGOs provide the only health care either available or affordable. Indeed, some of the 200 NGOs working in the Mayan hinterlands offer the only health care available to the local population.

Oriental medicine’s recent entry into global healthcare outreach is based on the old Chinese proverb “give a man a fish and you feed him for a day. Teach a man to fish and you feed him for a lifetime.”  It is in this spirit that a group of indigenous women healers high in the Mayan Altiplano have teamed up with New York City-based Healer2Healer to learn how to integrate Chinese and Japanese healing modalities into their traditional Mayan medicine. This joint effort in Guatemala’s Western Highlands is “teaching women to fish.”

Rik Lim, PCOM-NY intern and founder of Healer2Healer.org, lived and worked in Guatemala for seven years, traveling on business to small cities and communities throughout the countryside. Rik was struck by how deeply dependent some communities became on NGOs.  He decided to see if, where socioeconomic conditions were optimal, local stakeholders could be trained in Oriental medicine techniques to supplement the limited health care provided by NGOs and government institutions. “I see a need in rural areas for holistic health care and training as a means to reconnect communities,” Rik explains.   “ I am creating avenues for a more expansive effort to bring healing technologies to areas of the world where they are not readily accessible.”   Healer2Healer has been particularly successful fostering a cooperative relationship in the Guatemalan Highlands where the terrible 32 year civil war has left deep scars among the K’iche’ Mayan speakers of the Quiche Department.  A small group of Mayan civic activists, the Group of Q’anil Women, reached out to Healer2Healer to build a partnership between the two groups.  The Mayan women have asked the New York City-based NGO back twice to continue their internship in Oriental Medicine modalities. Access to traditional medical care by the rural Mayan population in Quiche is limited[ii], and through their relationship with Healer2Healer, the Q’anil Women are trying to fill that gap.

Healer2Healer holds 4 to 10 day public clinics in communities with local health care stakeholder groups.  Each clinic has three goals: 1) attend to the immediate needs of patients; 2) work side-by-side with the indigenous health care providers; and 3) teach Chinese and Japanese healing modalities both in short classes and through hands-on experience in the clinic.  Depending upon the makeup and skills of the Healer2Healer volunteer team, such techniques can include ear seed and needle applications of the National Acupuncture Detoxification Association (NADA) technique, moxa, cupping, acupressure, Shiatsu, Tui Na, Shonishin, etc.  Follow-up visits evaluate which of these techniques have been adopted and become integrated into the Mayan folk medicine practiced by the local stakeholders.

The volunteer team structure is made up of licensed acupuncturists and student interns along with a cadre of less experienced volunteers who are required to complete certification in Reiki I and Reiki II.  In addition, a condensed course in NADA needling is provided before the team leaves for Guatemala.

Each day’s organizational structure is adapted to the needs of the patients and the stakeholders, based on the staff composition.  Typically, the clinical leader is a seasoned acupuncturist such as Tom Nash, both a practitioner and PCOM-NY faculty member, who coordinates the day with Rik and a senior Reiki Master. While the experienced acupuncturists and student interns run a typical acupuncture clinic, the less experienced volunteers work as assistants in the clinic, perform NADA treatments and Reiki to waiting patients, and help with patient intake. As patients in the waiting area complete their intake diagnoses, they move to the “Reiki Circle” where they receive both NADA and Reiki treatments while queued for the acupuncture clinic.

While there are no official ties between PCOM-NY and Healer2Healer, volunteers who are neither acupuncturists nor student interns are heavily represented by first year PCOM-NY students eager to apply the non-invasive Oriental medicine techniques they have been introduced to in their first semesters. The clinical stints in Guatemala offer them the experience of one-on-one mentorship by professionals and senior students that typically rarely happens until they have become clinical Assistants or Associate Interns.  Reiki practitioner volunteers provide leadership in the Reiki Circle to the Healer2Healer volunteers, teach Reiki classes to Mayan healers, and mentor those providing Reiki where needed in the acupuncture clinic.  Inexperienced volunteers fluent in Spanish are always also in demand because in a country where there are some 21 dialects of Mayan spoken, Spanish is the lingua franca in clinic.[iii]

Training in traditional Oriental medicine takes years of study and clinical experience to master.  Therefore, Healer2Healer emphasizes teaching basic Chinese and Japanese health care modalities that are relatively easy to learn. The NADA protocol is one such modality. This auricular acupuncture was developed to help addict populations and was originally pioneered at the Lincoln Hospital in the Bronx as an alternative to methadone treatments.[iv] Training and practice of auricular acupuncture extended beyond traditional acupuncture practitioners to include such professionals as social workers, psychologists, and addiction professionals. The 5-point needle protocol has been embraced by the Community Acupuncture movement for its systemic effects on patients. For example, the five points are credited with reducing cravings, improving sleep, increasing energy, and lowering blood pressure.[v]  Healer2Healer has provided formal NADA training by a NADA certified instructor to the Group Q’anil healers for use in their own clinic. In addition, the Mayan women were taught how to make acupuncture ear seeds using readily available flexible First Aid tape and sesame seeds. Sesame seeds, an export product in Guatemala, proved to be particularly appropriate to use because they carry spiritual significance among the Maya and are used in Mayan Calendar ceremonies.

Traditional Mayan medicine, including shamanism, still exists among Mayan populations in other Latin American countries such as Belize[vi] and Mexico. [vii] In those countries, it is modernization and cultural change that have limited its scope of practice.  However, in Guatemala, it was the decades-long civil war that crushed shamanistic practices[viii] and killed many Mayan healers who possessed knowledge of the old ways of healing.[ix] Thus, traditional healing knowledge was fractured in much of Guatemala, with the exception of Mayan midwifery, which now itself is slowly succumbing to modernization and acculturation.[x]

Mayan civic organizations, such as the Group of Q’anil Women, are trying to reshape grassroots medicine by building upon the old traditions while adding other healing modalities with economically feasible approaches. While peace has come to Guatemala, socioeconomic issues still put traditional health care beyond the reach of many Mayan communities.[xi] Oriental medicine resonates well with traditional Mayan medicine, as both have conceptual analogs.[xii] For example, the Mayan medical duality of hot and cold mirrors Oriental medicine’s Yin and Yang.  In Guatemala’s neighboring country, Mexico, with a large Mayan population, Yucatan Mayan healers have even been observed using some 50 points that are needled analogous to TCM’s acupuncture points.  (There are no indications yet that this needling practice may have once existed among the Maya in Guatemala’s Quiche Department.)

Healer2Healer is not the first NGO to bring Oriental medicine to Guatemala. It is, however, the first NGO to attempt to build partnerships in Guatemala with local healers that are hoped to lead to complete self-sufficiency by community stakeholders when Healer2Healer is long gone.  Only time will tell if Oriental medicine takes root in the land of the Maya.

Originally published in the Spring 2012 issue of the Oriental Medicine newspaper.