Chinese Medicine and the Internal Pharmacy: An Introduction to a Profound Understanding of Human Health and Disease - Pacific College
COVID-19 INFORMATION
Skip to content

Home › Chinese Medicine and the Internal Pharmacy: An Introduction to a Profound Understanding of Human Health and Disease 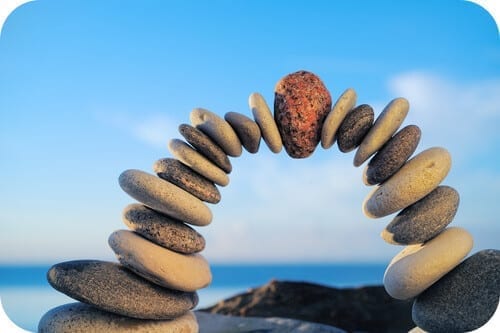 “The constancy of the internal milieu is the essential condition for a free life.”

~ Introduction to the Study of Experimental Medicine by Claude Bernard, late 19th century

Practitioners of Chinese medicine are often at a loss to describe to patients and other health professions how acupuncture and herbal medicine work, and how to distinguish it both from biomedicine and other therapies in the alternative medical world. The foundations of Chinese medicine are to be found primarily in the Han dynasty medical classics such as the Huang Di Nei Jing Su Wen/Yellow Emperor’s Classic of Internal Medicine: Simple Questions, Nan Jing/Classic of Difficulties, and Shang Han Za Bing Lun/ Treatise on Cold Damage and Complex Diseases. They are expressed through the rubrics of systematic correspondence, such as yin/yang, five phase, wei/defense, network vessels, and the complex terminology of the subject. We need to be able to understand these underlying principles and philosophy of Chinese medicine, using source texts, in order to be able to contribute to the dialogue of modern-day health care. Superficially immersing ourselves in the language of Western medicine will not aid in understanding Chinese medicine, but through serious study, collaboration and research we can. We should also remember that until the early 20th century, all global medical systems such as Ayurveda, Greco-Arabic, and Tibetan medicine were based on body systems and a humoral approach that still survives in the modern era. Even modern biomedicine retains influences from its roots in Greco-Arabic medicine, with its four elements and four humors (black bile, yellow bile, blood and phlegm).

Many years ago, I observed a panel discussion held by pharmacists at the University of California at San Diego, which concluded that the future of medicine lies in what they called ‘the internal pharmacy’. In other words, finding medical treatments that utilize the powerful medicinal substances already inside the body, rather than adding them from the outside. In this light, modern researchers have examined biofeedback, meditation, yoga, qi gong, natural substances and diet as methods of achieving this. This ‘internal pharmacy’ is the same as what the 19th century physiologist Claude Bernard called the ‘milieu interieur’, i.e. the internal environment or ‘terrain’. (This concept is still utilized today by French physicians). The internal environment has incredibly sophisticated self-regulating mechanisms. The brain, along with the vital organs, endocrine glands, and nervous system produce a myriad of substances which are the same or similar to many pharmaceutical drugs. Various opioid-like substances, steroids, pain killers, and hormones circulate continuously through the body, and are maintained in a very delicate balance by what we call the ‘bodymind intelligence’, something that is still not well understood by any modern explanation . In Chinese medicine, we understand this functionally, as the various expressions of qi, such as wei qi/defense qi, ying qi/construction qi, jing qi/essence qi, yuan qi/source qi, and zang qi/visceral qi. These different qualities of qi, circulating and communicating in a grid of channels and network vessels, provide a framework to understand how the body/mind regulates itself and maintains its equilibrium.

Chinese medicine, in contrast to modern biomedicine, is based on binary principles established in such canonical texts as the Yi Jing/Classic of Changes, and a holistic view of the universe that always considers human beings as an integral part. Human health is considered to be a reflection of an orderly universe, and internal order reflects living with and adjusting to the external order of the universe. This is expressed through laws of season, climate, and environment, and adapting through clothing, diet, lifestyle, residence, moderated emotions, work, rest and other human activities. The Chinese medical classics such as the Han dynasty source text Nan Jing/Difficult Classic, which has eighty-one ‘difficulties’ in all, is clearly based upon this principle. The purpose of diagnosis by pulse and palpation, theoretical application of yin/yang and wu xing xue/five phase theory, and application of needles and moxa treatment to channels and acupuncture holes, aims to restore equilibrium to the dynamic systems represented by zang fu/viscera and bowels, and jing luo/channels and network vessels. What the Nan Jing describes is a dynamic approach to a complex system, one that activates the self-healing mechanisms that can restore homeostasis.

Acupuncture/moxabustion as described in the Huang Di Nei Jing Su Wen/Yellow Emperor’s Internal Classic: Simple Questions, Nan jing/Classic of Difficulties and Ling shu/Divine Pivot is a treatment modality designed to restore equilibrium of channel flow, left and right, up and down, inside and outside. Most importantly, this modality is designed to recalibrate the body clocks that regulate so many functions and their timing, such as digestion, sleep, activity, thought, hormonal secretion, emotion and blood circulation. For example, one method of treating irregular menstrual periods is to utilize points along or coupled with the qi qing ba mai/eight extraordinary vessels, specifically the chong/generating and ren/controlling vessels Classical methods of acupuncture are not primarily focused on relieving symptoms, but in restoring dynamic equilibrium to the body and mind by allowing self-healing mechanisms to take effect. In essence, the body ‘remembers’ equilibrium that has been lost by habitual ‘bias’, i.e. adapting to an unhealthy state. In other words, we get ‘stuck’ in a habitual pattern that is less than ideal, and begin to self-medicate blindly with aspirin, alcohol, hyper-exercise, overeating, and other destructive behaviors.

The Han dynasty Chinese, according to medical anthropologist Elisabeth Hsu, conceptualized the human body in terms of health and disease in a threefold manner: 1) the architectural body: based direction, depth, time and synchronization as expressed in the channel system 2) the physiological/morphological body: tissues, fluids, and blood, the body ideally seen as solid, firm, and polished like “a fresh plant, with shiny glossy leaves and stems full of water”. This solid body was seen to be an ideal receptacle of qi and its transformations. And, perhaps most significantly, 3) the sentimental body: the Han Chinese saw the zang/viscera as receptacles of emotions and qi. Paraphrasing the Su Wen, “grief, fear, rage and anger harm qi”. Emotions in Chinese medicine, are, therefore, completely integrated with health and disorder, and are part of the pathology and essential components of the healing process.

Chinese internal/’herbal’ medicine is practiced primarily by utilizing multi-ingredient, ‘polypharmacy’ prescriptions that can be said to treat not only presenting symptom patterns, but the underlying ‘terrain’ as well. Herbal prescriptions can be envisioned as external complex systems designed to interact with the internal environment in such a way that dynamic equilibrium is restored. Each prescription’s ingredients are individually chosen according to how they interact with other ingredients to create a complex system that matches the specific pattern revealed through bian zheng/pattern differentiation. This approach also ensures that such relatively toxic medicinals such as fu zi/rz aconite are always combined with medicinals such as ginger root or licorice root to reduce toxicity (in addition to the intensive processing that medicinal grade aconite always undergoes before being used internally).

In the Shen nong ben cao/Divine Farmer’s Materia Medica, medicinals were divided into three grades: 1) superior medicinals, which have no side effects, and like foods, can be consumed over an extended period with no harm. This includes medicinals such as da zao/fr. Jujube, zhi gan cao/Chinese licorice root, and ren shen/Chinese Ginseng, designed for yang sheng/nourishing life . 2) Middle grade medicinals, which have mild side effects and treat the personality and supplement vacuity, such as shao yao/Peony root and huang qin/Rx. Scutellaria, and 3) inferior medicinals, used to treat specific diseases, which are more potent and toxic, such as da huang/Chinese rhubarb root and fu zi/Rx. Aconite.

In contrast, modern pharmaceutical medicine is primarily based on the use of singular molecular substances that interact with the body in a very direct, forceful way to achieve specific therapeutic effects. In any medical system, the more powerful a specific therapeutic effect is, the greater the toxicity and potential for harm. Also, such an approach is one-sided, and ignores the inherent complexity of the human organism. Recently, a new approach called combinatorial chemistry has appeared that uses combinations of drugs to treat various bodily systems, rather than just one targeted organ or tissue. While theoretically this is an advance over the “one drug/one disease” model, and is closer to the clinical reality of patients on multiple medications, no solution has arisen to the increase of drug toxicity that usually occurs when combining many medications. As it stands, it is routine clinical practice to give drugs for side effects caused by other medications, or for patients with more than one defined disease at any given time.

A new institute opened in Seattle, Washington in 2000, the Institute for Systems Biology. Its focus is ‘analyzing biological complexity and understanding how biological systems function.’ While the language of this discipline is derived from biology, chemistry, cybernetics and other scientific disciplines, many of its observations can be related to the systems approach of Chinese medicine. While not based on channel theory and qi, systems biology recognizes that simple reductionism cannot explain the complex interactions between cells, tissues, organs, nerves, other structures, and the communications systems to keep everything functioning in balance. It is a place like this, perhaps, where a mutual understanding of human health and disease between East and West can begin to flourish.

In the 19th century, there was a debate between Louis Pasteur and Jacques Beschamp about the nature of disease. Louis Pasteur was famous for the discovery of infectious agents including bacteria, which he considered to be the prime cause of disease, while Jacques Beschamp considered imbalances of the ‘milieu interieur’ to be the prime cause. Interestingly, on his death bed, supposedly Pasteur said that Beschamp was correct, but Pasteur’s students went on to evangelize the doctrine of infectious disease agents with no regard for the patient’s terrain/internal environment. It is ‘historical accidents’ such as these that often lead to predominant trends in science. Of course, Jacques Beschamp was in full agreement with Claude Bernard’s ‘milieu interieur’.

If we practice Chinese medicine’s technology (needle and moxa therapy, herbal medicine) primarily aiming to treat biomedical diseases, and explain our treatment through biomedical logic, we are essentially practicing a second-rate Western medicine. How can our tools ever compete with the strength and ‘precision’ of surgical interventions or the power of drugs? We must practice Chinese medicine according to its essential strengths as has been done for two thousand years. Just as we have studied modern medicine and embraced its strengths and noted its weakness, modern biomedical health professionals must also embrace and study traditional medical systems such as Chinese medicine.

Z’ev Rosenberg began his study of Chinese medicine in the early 1970s, with studies in macrobiotics and Shiatsu. He received a degree from the Santa Fe School of Natural Medicine in herbology and massage in 1976, the Kushi Institute (macrobiotics and Shiatsu) in 1979, Southwest Acupuncture College in 1983, and the Emperor’s College of Oriental Medicine (post-graduate master’s degree in Oriental Medicine) in 1989. Z’ev has worked as a macrobiotic counselor and shiatsu practitioner throughout the 1970s, and has been in full-time practice in acupuncture and Chinese herbal medicine since 1983.