Ginseng for the Common Cold - Pacific College
Skip to content

Home › Ginseng for the Common Cold 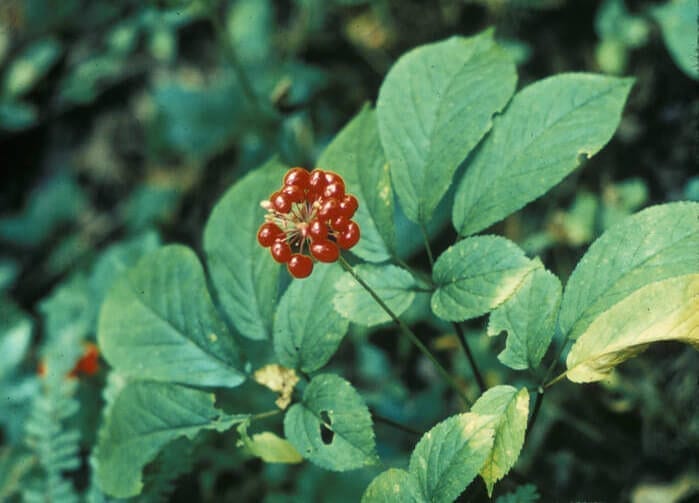 Canadian researchers may have found the key to helping keep the cold and flu at bay. Ginseng, an herb widely used in Chinese medicine, is proving successful at reducing the number and severity of colds in research subjects.

At least 1 billion colds are reported each year in the U.S. , with a frequency of two to six colds per person. The study, published in the Canadian Medical Association Journal in 2005, found that extracts of North American ginseng enhance immune responses and stimulate natural killer cell cytotoxicity to keep the body healthy through peak illness periods.

According to the study, only one in 10 of those taking ginseng extract suffered two or more colds over a four-month period, compared with one in four of those in the placebo group. Subjects ages 18 to 65 with a history of at least two colds the previous year took two capsules of North American ginseng extract, or Panax quinque folius, during the randomized, double-blind study. They recovered around a third more quickly than those in the placebo group, and their symptoms were measurably less severe.

In Chinese herbal formulas it is used as a yang tonic. Chinese healers most often use ginseng to reinforce qi, enhance memory and stave off cold and flu. Chinese athletes feel it gives them an added competitive edge. Many take it as a stimulant or tonic to increase energy and stamina. Ginseng has been a part of Chinese medicine records for 2000 years and was commonly used by the elderly to improve mental and physical vitality.

The study’s researchers feel ginseng shows great promise in combating the cold and flu. “It appears to be an attractive natural prophylactic treatment for upper respiratory tract infections,” they said. “Our results can be compared with those for many of the common antiviral drugs for the treatment of influenza. The standard extract of North American ginseng was effective in reducing the absolute risk of recurrent colds and the mean number of colds per person.”

This study represents a growing Western interest in herbal medicine and alternative therapies. Although surveys suggest that about one-third of Americans use herbal products as medications, education and research in the Western medical community is still catching up with public interest.