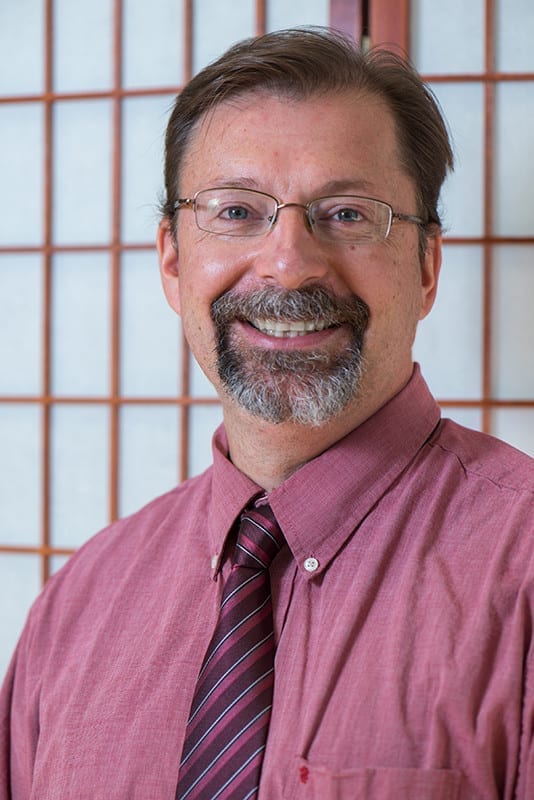 Dr. Kenneth Hoffman has a sign in his acupuncture program office that reads, “Fight me if you wish, but remember, I’m old for a reason.” It’s not meant to be intimidating or threatening; rather, it reminds his students and young staff that he has been around for a while—and that he knows what he’s doing.

“It’s a common principle in East Asian philosophy,” Hoffman explains. “It’s called the scholar-warrior principle. When one is in youth, they learn to fight. But as they get older and they gain wisdom, they begin to follow more scholarly pursuits.”

It’s the trajectory Hoffman followed—one that led a young paratrooper to earn a black belt in martial arts, then study Eastern medicine, and eventually become the founder and director of Sophia Natural Health Center as a doctor of acupuncture.

“To me, my life’s pursuit has been about the balance of yin and yang,” Hoffman says. “The ability to fight and the ability to heal…to me, it’s very natural.”

Hoffman’s journey toward becoming an acupuncture program healer really began when he started training in 1991 under the tutelage of a Taoist master. The training in both martial arts and medicine was rigorous and strict—Hoffman likens it to what you would see in a Karate Kid movie.

“He taught me three exercises,” Hoffman recalls. “He said, ‘Now, I want you to practice these 100 times a day and keep a journal, and if you don’t, I’ll stop teaching you.’

“What he taught me was that any worthy wisdom in life is going to be grasped through hard work and perseverance.”

Hoffman’s training with the Taoist master led him to take a sabbatical to live and study Chinese healing arts in the Chi Nan Temple in Taipei, Taiwan. He took his training a step further by simultaneously enrolling in PCOM’s Master of Science in Traditional Oriental Medicine and the school’s transitional doctoral program. 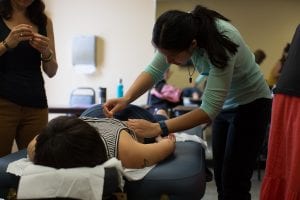 Hoffman says the school’s blend of Western and Eastern medicine was what drew him to the acupuncture program.

“It was going to give me the language I needed to help more people and to integrate more into a Western society,” he says. “For example, instead of talking about chi and blood, I’ll talk about oxygen and the transmission of nutrients through the blood. It makes more sense to people.”

In addition to treating patients at his clinic, Hoffman is a strong advocate for his profession and is dedicated to leaving a legacy of practitioners who can continue his commitment to a holistic, integrative approach to medicine.

And while Hoffman is dedicated to healing, he places equal importance on his ability to fight—although perhaps not physically.

“It takes a warrior mentality to every day go out there and fight for what you believe in,” he says, “to battle paradigms and to battle people’s belief systems and their ignorance about what health is and how to manage their health.”

“You have to have a warrior’s heart to make it in this medicine.”