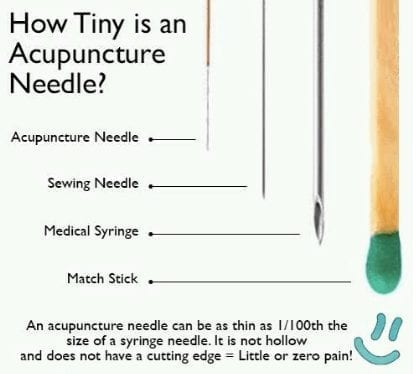 For many people, acupuncture remains a misunderstood medical therapy, often cloaked in myth and mystery. In the eyes of some, it has no real standing in Western medicine.

In reality, acupuncture has been a serious force in the West since the Republic of China reopened its doors in 1970. While in 1997 there were 385.9 million visits to mainstream primary care physicians, there were 628.8 million visits to complementary alternative medicine practitioners. Reflecting this public demand, an estimated 70 to 80 percent of the nation’s insurers covered acupuncture treatments in 1996. Furthermore, the National Certification Commission for Acupuncture & Oriental Medicine estimates that nearly one out of every 10 adults in the United States has tried acupuncture.

Efforts to revive and reintroduce holistic medicine as a viable medical option are being made by the Acupuncture Institute of Ananda Nagar (AIAN).

“This Eastern corner of West Bengal is one of the poorest rural areas in India ,” said Charles Martley, director of AIAN.

Some of the common diseases and chronic conditions in Ananda Nagar include malnutrition, polio, over-exposure to weather, joint and back pain, headaches, gynecological disorders, impotence, constipation, diarrhea, leprosy, malaria, asthma, and epilepsy.

“[We treat] mostly adults, yet it’s also 30 percent children,” said Martley, who is also a licensed acupuncturist. “It’s a long list [of conditions that need to be treated], and it pushes acupuncture to the limit.”

In 2001, the AIAN free clinic treated 3,972 patients, 600 of which were children. On average, the students, teachers and volunteers who work in the clinic treat 40 to 60 patients every morning before classes start in the afternoon.

“The clinic’s patients come from all walks of life,” Martley said. “Many of them live in surrounding villages within a 15-mile radius. They walk for hours to be treated. Some ride bicycles or spend a full day on a train. Many come carrying babies, and all have waited until the pain becomes intolerable.”

According to Allison Quiring, who volunteered at the AIAN clinic for five weeks in 2002, “The importance of and need for complementary alternative medicine, even in places where allopathic medicine is quite basic, was striking to me. Seeing how much people benefit from the clinic and how much more work could be done has inspired me in my practice.”

The AIAN clinic was founded in 1990 by Purulia Kalyanika, a German acupuncturist who wanted to provide medical treatment to the population of Ananda Nagar and knew the benefit of acupuncture. By working in the clinic every morning and then transforming the clinic into a school in the afternoon, students were given a hands-on education that is currently provided in very few parts of India . From the beginning, Kalyanika relied solely on donations and volunteers to fund the small facility.

Quiring said that volunteering at AIAN and experiencing the benefit of acupuncture was an amazing experience.

“One patient at the clinic said to me, ‘You are so lucky to be able to be here doing service,’ and I wholeheartedly agree with him,” Quiring said. “The volunteer work I did [at AIAN] was an incredible experience for me, and I would highly recommend it.”

In 1996, licensed acupuncturist Charles Martley also decided to become a volunteer for several weeks. After returning to Vermont , where he runs his own practice, Martley was asked to assume directorial responsibility of the AIAN free clinic and its acupuncture school.

“I saw this as an opportunity to raise the standards of this otherwise wonderful project,” Martley said.

Since then, Martley has made several changes and improvements at AIAN, such as transforming the AIAN school from a one-year “crash-course” in acupuncture into a three-year program that would bring the school up to international standards.

“I don’t believe in the one-year course,” Martley said. “I don’t think that it’s fair to students or patients to think that you can be practicing after only one year of study, even [while working in a] clinic.”

In 2002, AIAN graduated its first class from the three-year institute. However, Martley said that improving the quality of the school is a constant objective.

“I have set a goal for this project that calls for international standards of acupuncture to be met, which is not easy for India ,” Martley said. “Eastern and Western medicine have their ways of doing things, and I feel that we must find a balance between the two.”

Martley has also established sister clinics in the United States to garner more funding and supplies for AIAN. As of now, AIAN has about six such sister clinics. These clinics increase the cost of patients’ treatments by $2 and then donate that extra fee to AIAN. Sister clinics of this type continue to the primary source of funding for AIAN.

Martley estimates that about $4,800 is donated to AIAN every year, with half of that coming from his own clinic in Vermont . Martley also makes a yearly donation from his own savings, which varies from year to year depending on how many trips to India he makes.

Yet the donations made by the sister clinics only covers AIAN’s salaries, maintenance and utility bills. Even with Martley doing all of the office work himself, which takes at least two hours a day, the AIAN free clinic and school still lacks enough money and supplies.

“You name it, we need it,” Martley said. “Our needs range from building new facilities, to tables, to chairs, to a chalkboard for each classroom.”

” Pacific College has always assisted in the development of colleges and clinics both around the world and in the United States ,” Pacific College of Oriental Medicine President Jack Miller said. “We hope this small contribution to AIAN will make it easier for them to provide the benefits of Chinese medicine to those in need.”

Martley said that Pacific College ‘s first donation has been an enormous help.

“[It was] a very impressive selection of books — a few I always wanted. This collection doubles the size of our present library,” he said.

Pacific College of Oriental Medicine has made similar overtures in the past when institutions that sought to offer programs in Oriental medicine required aid. In 1990, the Isreali College of Complementary Medicine, now known as the Genesis Israel College of Traditional Chinese Medicine, became one such institution.

” Pacific College shared our curriculum with [Genesis] so they could use the best resources available to spread Oriental medicine in Israel ,” Miller said. “The most important thing is to ensure that everyone is given the opportunity to benefit from what alternative medicine has to offer, no matter where in the world they are.”

As for AIAN, Pacific College plans to send more materials donated by both students and faculty later this year.

As Martley likes to say, “Ananda Nagar means city of bliss, and that is what we’re trying to build here.”

With the help of private clinics and schools like Pacific College , perhaps one day Oriental medicine will allow areas around the world like Ananda Nagar to experience complementary alternative medicine, the benefit of acupuncture and to build a more blissful way of life.