Home › The Cancer-Preventive Possibilities of Rosemary and Other Herbs 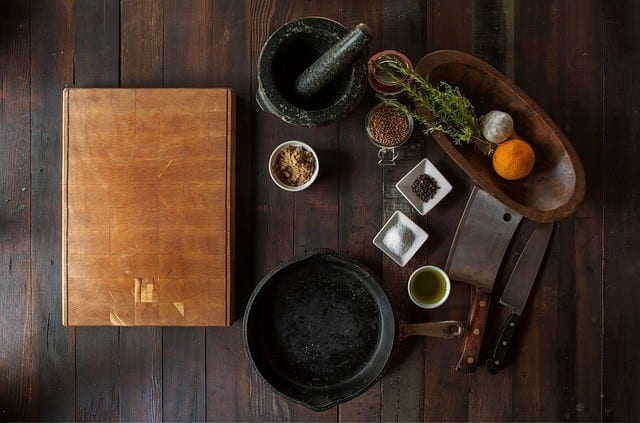 By Alex A. Kecskes

For centuries, culinary herbs were the healthy seasonings people used to add flavor to foods. They were also a natural and abundant source of healing chemicals. A recent USDA study revealed that many popular herbs are a great source of natural antioxidants–compounds that help neutralize free radicals, more so than those reported for berries, fruits and vegetables. Isaac Cohen, a doctor of Oriental medicine, and one of the leading authorities in the field of cancer treatment, reported in the book Breast Cancer: Beyond Convention, that several Chinese herbs show preventive activity for breast cancer.

Recent research has shown that rosemary can help prevent cancer and age-related skin damage. The two key ingredients in rosemary, caffeic acid and rosemarinic acid, are potent antioxidant and anti-inflammatory agents, which can help protect the body’s cells from damage by free radicals. Rich in carnosol, rosemary has been found to detoxify substances that can initiate the breast cancer process, and it’s a rich source of vitamin E (alpha tocopherol), another powerful antioxidant. It’s widely known that an imbalance of estrogen hormones in women can contribute to breast cancer. While conventional drugs like Tamoxifen help block the effects of estrogen, they can cause unpleasant side effects, including hot flushes, vaginal bleeding, headaches, and nausea. Rosemary, on the other hand, offers a safe and natural alternative treatment. Researchers believe that rosemary stimulates liver enzymes, which inactivate estrogen hormones. A word of caution–because it affects menstrual cycles, women who are pregnant are advised against using rosemary. Since its oil is extremely potent, it should never be ingested directly.

Researchers have found a variety of benefits in pure oregano and extracted oil of oregano. Oregano contains quercetin, an ingredient that may help fight ovarian and breast cancer. One caveat: the oregano must come from the actual species of the plant, not the trace quantities found in most products we buy. True oregano grows wild in Mediterranean regions, such as Greece, and it is from this source one can extract the medicinally potent oil of oregano, so try to get the plant, or oil derived from the plant, at your local health food store.

Another beneficial herb is turmeric, derived from the stems of the root of a large-leafed plant widely grown in Asia, especially in the province of Maharashtra in southwest India. Low rates among Indians for colorectal, prostate, and lung cancers suggest that the plant curcumin may have a preventive effect. In animal studies, curcumin has been shown to protect the liver, inhibit tumors, reduce inflammation, and fight some infections.

Fresh ginger contains gingerol, which, when dried, forms zingerone. This is a strong antioxidant and anti-inflammatory that may prevent cancer. In fact, researchers from the University of Michigan Comprehensive Cancer Center believe ginger not only kills cancer cells, but also prevents them from becoming resilient to chemotherapy. Scientists combined a solution of ginger powder and water with ovarian cancer cells.  In every one of their tests, the cancer cells died from being in contact with the ginger.  The cancer cells either committed “suicide,” or attacked themselves.