The Many Benefits of Chinese Cupping - Pacific College
Skip to content

Home › The Many Benefits of Chinese Cupping 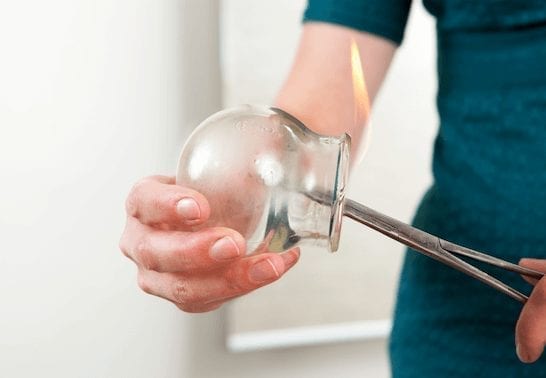 “Acupuncture and cupping, more than half of the ills cured,” is a famous Chinese saying, supporting traditional Chinese medicine. Traditional Chinese medicine brings to mind acupuncture and the use of natural herbs as healing remedies. Cupping is a lesser-known treatment that is also part of Oriental medicine, one that can provide an especially pleasant experience. One of the earliest documentations of cupping can be found in the work titled A Handbook of Prescriptions for Emergencies, which was written by a Taoist herbalist by the name of Ge Hong and which dates all the way back to 300 AD. An even earlier Chinese documentation, three thousand years old, recommended cupping for the treatment of pulmonary tuberculosis. In both Eastern and Western cultures, cupping evolved from shamanistic practices that held the belief that illnesses and infirmities can be sucked out of the body. This article details some of the many benefits of Chinese cupping for your body.

Cupping was established as an official therapeutic practice in the 1950s across hospitals in China after research conducted by Chinese and former Soviet Union acupuncturists confirmed cupping’s effectiveness. Prior to the 1950s, cupping had also been practiced as an auxiliary method in traditional Chinese surgery. In recent years cupping has been growing in popularity, with celebrities like Gwyneth Paltrow, Jennifer Aniston, David Arquette, and athlete Michael Phelps drawing public attention to the traditional benefits of Chinese cupping therapy techniques.

What Is Chinese Cupping? What Does it Do for You?

Cupping is the term applied to a technique that uses small glass cups or bamboo jars as suction devices that are placed on the ski to disperse and break up stagnation and congestion by drawing congested blood, energy or other humors to the surface. In dry cupping, the therapist will simply place the suction cups on the skin. In wet cupping, the practitioner will make a small incision on the skin and then apply the suction cup to draw out small amounts of blood.

There are several ways that a practitioner can create the suction in the cups. One method involves swabbing rubbing alcohol onto the bottom of the cup, then lighting it and putting the cup immediately against the skin. Suction can also be created by placing an inverted cup over a small flame, or by using an alcohol-soaked cotton pad over an insulating material (like leather) to protect the skin, then lighting the pad and placing an empty cup over the flame to extinguish it. Flames are never used near the skin and are not lit throughout the process of cupping, but rather are a means to create the heat that causes the suction within the small cups.

Once the suction has occurred, the cups can be gently moved across the skin (often referred to as “gliding cupping). Medical massage oils are sometimes applied to improve movement of the glass cups along the skin. The suction in the cups causes the skin and superficial muscle layer to be lightly drawn into the cup. Cupping is much like the inverse of massage – rather than applying pressure to muscles, it uses gentle pressure to pull them upward. For most patients, this is a particularly relaxing and relieving sensation. Once suctioned, the cups are generally left in place for about ten minutes while the patient relaxes. This is similar to the practice of Tui Na, a traditional Chinese medicine massage technique that targets acupuncture points as well as painful body parts, and is well known to provide relief through pressure.

The side effects of cupping are fairly mild. Bruising should be expected, but skin should return to looking normal within 10 days. Other potential side effects include mild discomfort, skin infection, or burns. However, a trained health professional will apply an antibiotic ointment and bandage to prevent an infection.

The Philosophy Behind Pain and Cupping. What is Cupping Used For?

The old Chinese medical maxim holds that pain results from the congestion, stagnation, and blockage of Qi, or vital energy, vital fluids, lymph, phlegm, and blood. If pain is the essence of disease, then suffering is a result of obstructed or irregular flow in the body. Chinese cupping is therefore a method of breaking up the blockage to restore the body’s natural flow of energy.

Generally, cupping is combined with acupuncture in one treatment, but it can also be used alone. The suction and negative pressure provided by cupping can loosen muscles, encourage blood flow, and sedate the nervous system (which makes it an excellent treatment for high blood pressure). Cupping is used to relieve back and neck pains, stiff muscles, anxiety, fatigue, migraines, rheumatism, and even cellulite. For weight loss and cellulite treatments, oil is first applied to the skin, and then the cups are moved up and down the surrounding area. 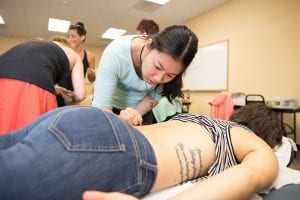 Like acupuncture, cupping follows the lines of the meridians. There are five meridian lines on the back, and these are where the cups are usually placed. Using these points, cupping can help to align and relax qi, as well as target more specific maladies. By targeting the meridian channels, cupping strives to ‘open’ these channels – the paths through which life energy flows freely throughout the body, through all tissues and organs, thus providing a smoother and more free-flowing qi (life force). Cupping is one of the best deep-tissue therapies available. It is thought to affect tissues up to four inches deep from the external skin. Toxins can be released, blockages can be cleared, and veins and arteries can be refreshed within these four inches of affected materials. Even hands, wrists, legs, and ankles can be ‘cupped,’ thus applying the healing to specific organs that correlate with these points.

More benefits of Chinese cupping for the lungs can clear congestion from a common cold or help to control a person’s asthma. In fact, respiratory conditions are one of the most common maladies that cupping is used to relieve.

Cupping’s detoxifying effect on skin and circulatory system is also significant, with a visible improvement in skin color after three to five treatments. Cupping removes toxins and improves blood flow through the veins and arteries. Especially useful for athletes is cupping’s potential to relieve muscle spasms.

Cupping also affects the digestive system. A few benefits include an improved metabolism, relief from constipation, a healthy appetite, and stronger digestion.

A 2015 report published in the Journal of Traditional and Complementary Medicine noted cupping as an effective alternative method of treating acne, pain, facial paralysis, cervical spondylosis, and herpes zoster.

As health practitioners and researchers continue to study the benefits of cupping, this traditional alternative care technique will gain further acceptance and wider practice across holistic healthcare centers in the U.S. as an effective treatment for a wide variety of ailments.