Raquel Fereres is the new librarian for the New York campus of Pacific College of Health and Science. She holds a master’s degree in Electronic Information Management from Sheffield University, England and a B.A. in European History with a minor in Art History from Madrid University. She spent some years working as an Assistant Curator at the Bruce Museum in Greenwich, CT before beginning her career as a librarian. She was the Electronic Resources Librarian at Northwell Health, NY and has extensive experience managing electronic library collections. She worked as a medical librarian for Cohen’s Children Hospital, Zucker Psychiatric Hospital and Long Island Medical Center. While at Long Island Medical Center, she developed the medical online library project which was accessible to more than 60,000 employees. The project received funding from the National Library of Medicine. Raquel has more than 20 years of experience in the medical library field. You may contact Raquel at [email protected]

Janet Harper is the new Chicago Campus Librarian. Most recently, she was the Reference, Instruction and Community Engagement Librarian for the Center for Black Music Research. While Janet has spent most of her career working at libraries and archives focused on African American and African diaspora collections, her first post-college job was at a hospital library. During this time, she also studied massage therapy. Janet received her Master of Library and Information Science degree from Wayne State University.

Patricia Benefiel succeeded Naomi Broering as Dean of Libraries on March 1, 2018. After careers in academia and public libraries, Pat is excited to be serving as Dean of Libraries at Pacific College of Health and Science. Pat interned with Naomi at PCOM during her studies for her MLIS. Specializing in medical librarianship, she used her research skills and studies in consumer health in her public library jobs. Pat has an MLIS from San Jose State University and a PhD in philosophy from Stanford University.

After a long and distinguished career in health sciences librarianship, Naomi Broering has announced her retirement from the profession in March, 2018, after having served in a number of key leadership positions. Naomi was most recently the Dean of Libraries at the Pacific College of Health and Science (PCOM) in San Diego, since 2001. Previously, she was Director of the Herrick Library at Grossmont Healthcare District in La Mesa, CA. Prior to her relocation to the NNLM Pacific Southwest Region in 1999, Naomi was the Executive Director of the NNLM South Central Region at the Houston Academy of Medicine–Texas Medical Center Library in Houston for nearly five years, and the Director of the Biomedical Information Resources Center and Medical Center Library at Dahlgren Memorial Library, Georgetown University Medical Center, in Washington, D.C. for 22 years.

2018: The Chicago and San Diego libraries are remodeled 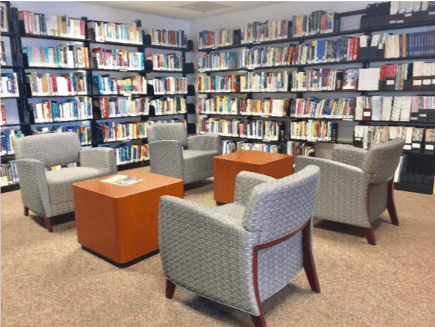 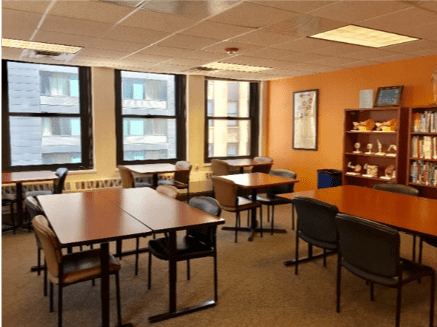 (Above) The Chicago Campus Library was moved and remodeled in January 2018. The new space offers plenty of seating for studying, a computer bank with new computers, and a lounging area with comfortable chairs to relax in. The new library is in a bright northwest corner that overlooks the Chicago River (below right) and much of downtown.

(Below) The San Diego Campus Library was also remodeled in 2018. The changes include new library furniture, the addition of over 700 books, two private tutoring rooms and the IT Department on site! 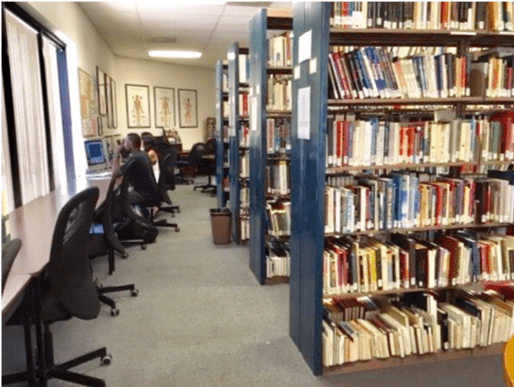 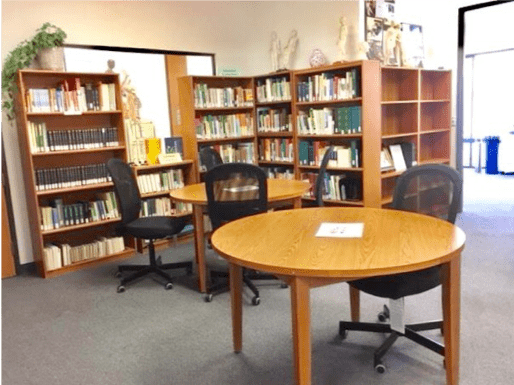 2018: Giovanni Maciocia passes away and leaves his personal book collection to the San Diego campus

Giovanni Maciocia was one of the earliest Western authors and teachers of Chinese medicine. His first articles on the Extraordinary Meridians impressed the organizers of Pacific Symposium, where he was invited to teach for the first time in 1990. A lasting relationship ensued and over more than two decades Giovanni spoke on many subjects at the symposium. He approached each one with the seriousness and depth of a master scholar. His many books and articles about Chinese medicine range from textbooks on gynecology to considerations of principles of points to pediatric disorders and more. Pacific College was also blessed by Giovanni’s teaching in its post-graduate DAOM where he shared not only his knowledge, but his grace and friendship with Pacific students.

In a final act of grace and friendship, Giovanni left his personal library of over 700 books and journals to the Pacific College Library.

2011-2012 “Ongoing Technology Upgrade of the Library at Pacific College of Health and Science –New York.” funded by the National Library of Medicine, National Institutes of Health, Department of Health and Human Services under Contract No. HHSN-276-2011-00003-C with the University of Pittsburgh”.Award amount $7,437.

2009-2010 “Improving the Library’s Access Services” a Technology Improvement Award, funded with federal funds from the National Library of Medicine, National Institutes of Health, Department of Health and Human Services under contract No. NO1-LM-6-3501 with the New York University School of Medicine. Award amount $7,500

NCLIS 2006 Health Award, Top Ten of Nation’s Libraries in Outreach Services awarded in Washington DC, to the library of Pacific College of Health and Science. Plaque and photos in Library lobby California State Library Health Award 2006 to the Pacific College of Health and Science. Top Library in State of California for Outreach Services. Award amount $1,000