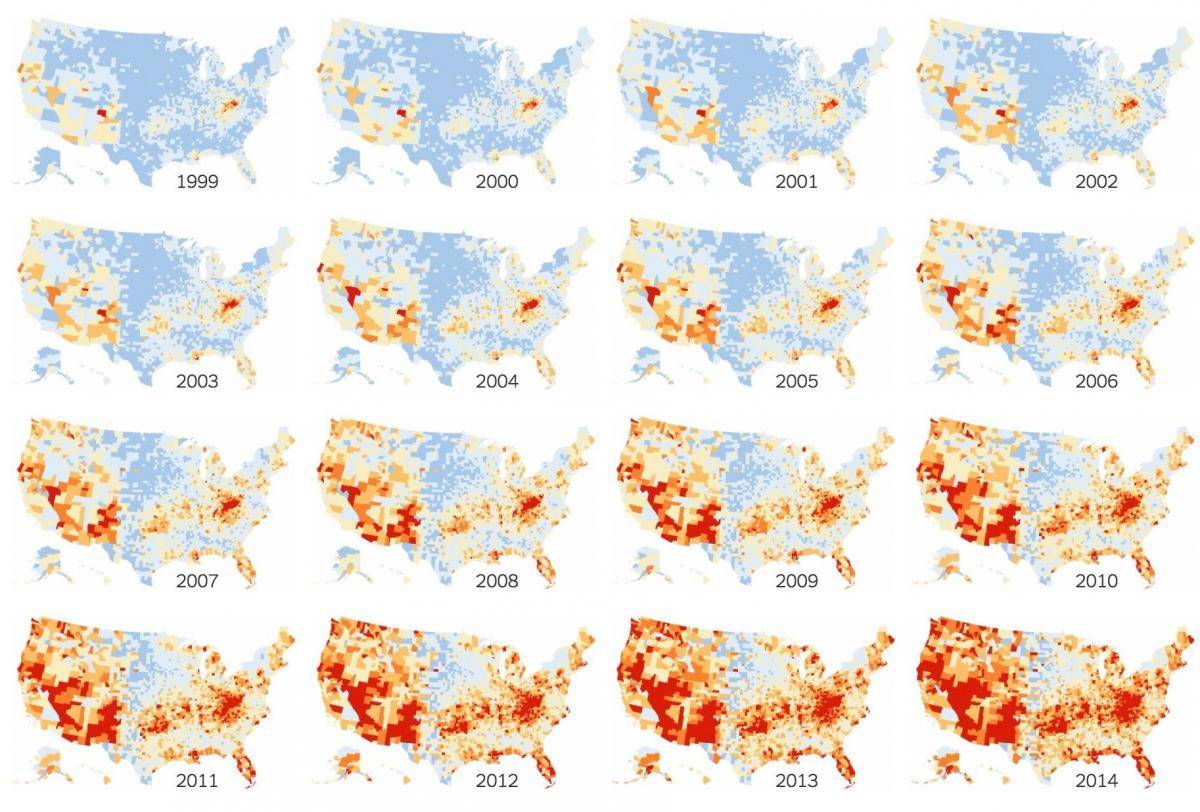 America is being rocked by what medical authorities are deeming an “epidemic” of growing proportions. Opioids, a family of mid- to high-strength painkillers that are routinely prescribed to treat everything from chronic fibromyalgia to pain caused by cancer treatment, are highly addicting.

Evidence is beginning to suggest that percentages of opioid users who are prescribed a routine opioid medication find themselves quickly “hooked” — progressing through the stages of opioid addiction by building tolerance, consuming increasing dosages, and developing dependencies that ultimately cause strong addictions.

Increased or long-term consumption drastically increases the risk of opioid overdoses and fatalities. The American opioid epidemic has been estimated to cost the country hundreds of billions of dollars annually.

The opioid epidemic is a complex adversary.

This guidebook will give an overview of the opioid epidemic and then provide information on how acupuncture has proved to be a viable alternative for treating pain to mitigate the use of opioids, as well as a treatment strategy for rehabilitating those suffering from opioid addiction. Content will be divided into the following chapters:

Read on to find out how acupuncture can make a difference in combating opioid addictions. 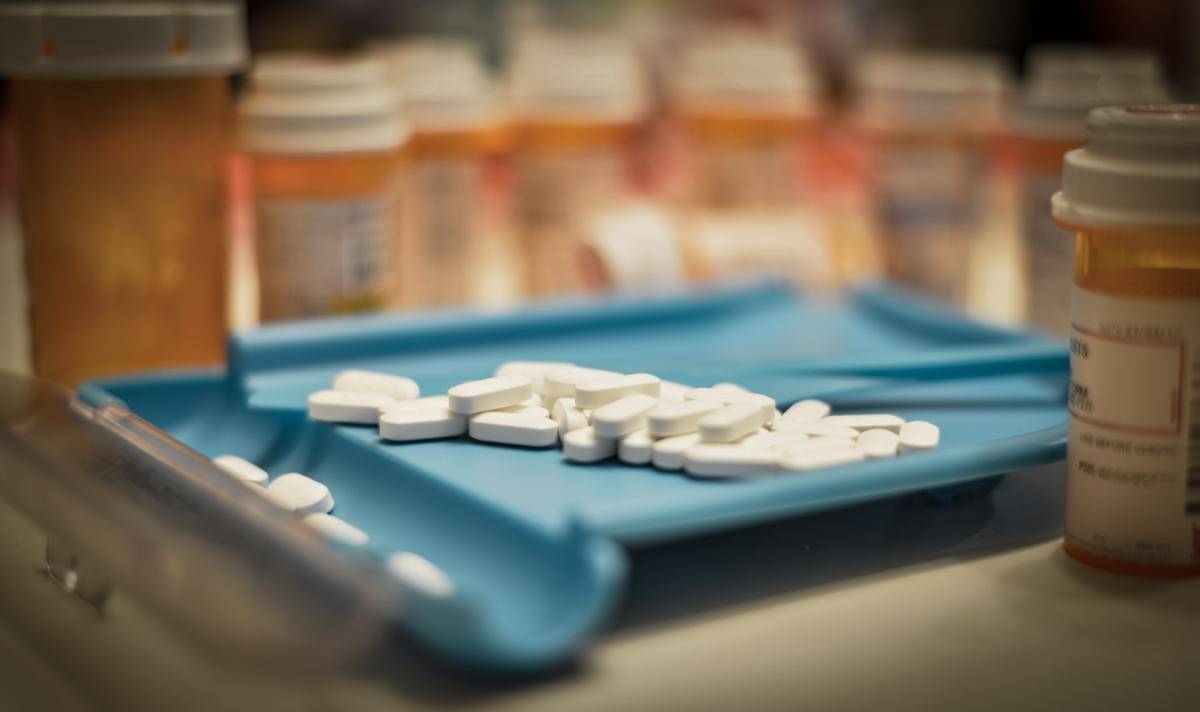 Monetary costs associated with opioid abuse have recently been calculated in the billions. The opioid epidemic has been declared a public health emergency. Opioids pose a significant threat to the American economy, healthcare system, and population.

The Numbers: Opioids in the U.S.

The stereotypical drug overdose case born from systemic poverty can often be far from reality. Stories emerge every day of individuals outside of poverty across the country who succumbed to powerful opioid addictions and then experienced drastic deteriorations in their physical condition, social standing, and quality of life. Some of these cases advance rapidly enough or continue long enough to add their victims to the death tolls rising every year, with opioid addictions often developing from seemingly harmless opioid painkiller prescriptions written after routine surgeries or during injury recovery periods. In many cases, patients had no idea how powerful their medications were and how easily an addiction could take hold — sometimes in as few as 10 days of prescribed consumption.

What makes opioid addiction such a severe problem is its subversive nature. Opioid addictions are often instigated by prescribed usage. Because opioid prescriptions are made in relative abundance by practicing healthcare providers, it can be easy for a patient on the fringes of an addiction to obtain more opioid medications and thus strengthen his or her need for the drug.

How Much of the Opioid Industry Is Consumed by the U.S.?

The United States of America accounts for a consumption of the world’s opioid drug production that is far larger than proportional. According to a CNBC article, “Approximately 80 percent of the global opioid supply is consumed in the United States.”

The same article reveals that American consumption for hydrocodone, a specific opioid in the form of a high-strength painkiller, has reached 99 percent. The BBC echoes these grim facts, reporting that the U.S. is the No. 1 country in the world for opioid consumption, surpassing Canada, Germany, Denmark, and Austria by a wide margin.

According to the NIH, the number of overdose deaths due to opioids has skyrocketed in recent years, increasing from less than 5,000 reported deaths in 2013 to more than 20,000 in 2016.

Costs of the Opioid Epidemic

Though it would be impossible to calculate the total fiscal, emotional, and physical costs of the opioid epidemic because of its far-reaching and pervasive effects, even the calculable costs to the inhabitants of the United States alone are staggering.

The NIH reports the estimated cost of healthcare measures necessitated by prescription opioid overuse to be $72.5 billion per year.

The White House Council of Economic Advisers (CEA) estimated that the total cost of the opioid epidemic to the American economy reached $504 billion in 2015, which equals almost 3 percent of that year’s gross domestic product (GDP). And the numbers show no sign of slowing down. 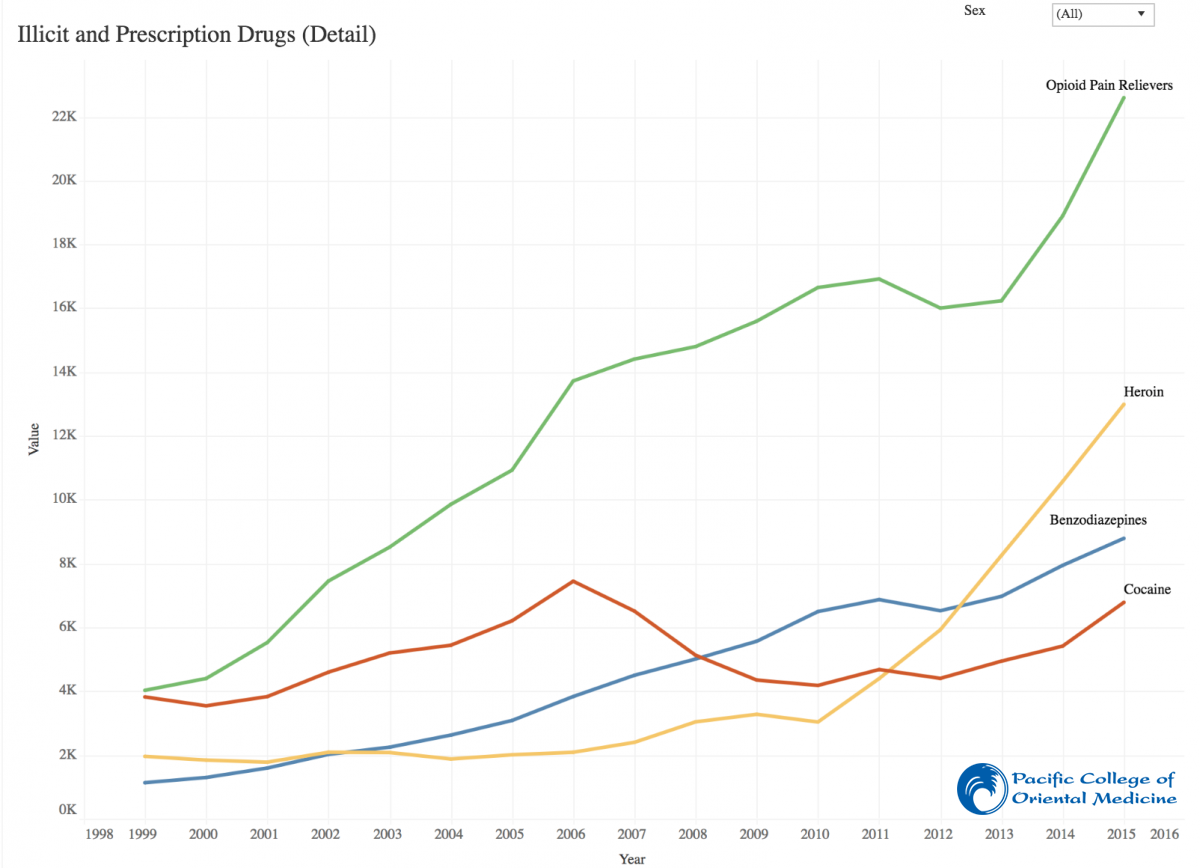 Opioids are not the only drugs increasing in prevalence in the United States.

But many experts feel the efforts necessary to reverse the opioid addiction epidemic may extend far beyond those that have been enacted to date.

Section A: Acupuncture as an Alternative to Opioid Prescriptions 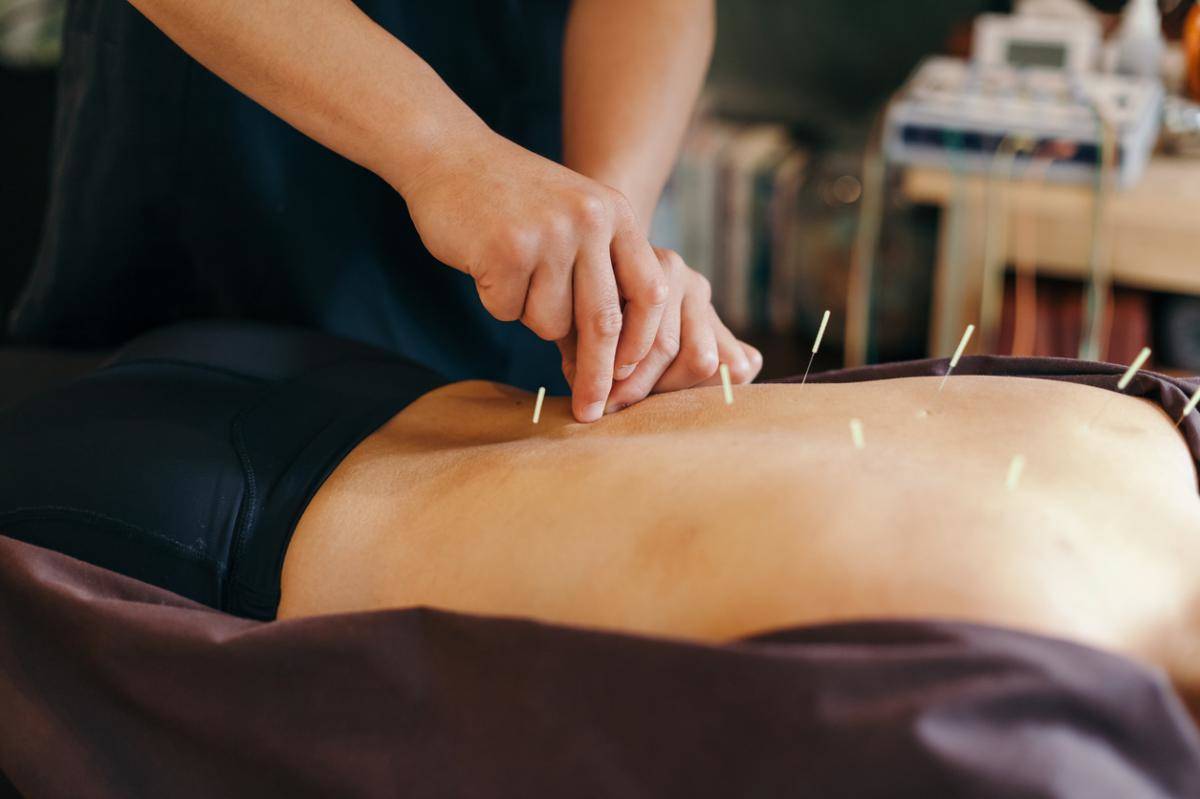 What Are Opioids Used For?

According to the CDC, “Prescription opioids can be used to treat moderate-to-severe pain and are often prescribed following surgery or injury, or for health conditions such as cancer.” Opioids are prescribed to manage pain in the following cases, among others:

There is a major difference between certain over-the-counter pain relievers (OTCs), such as aspirin, and opioid painkillers: namely, that the ceiling-proof nature of opioids makes it possible to compensate for a growing tolerance by increasing the administered dosage over time.

In contrast, OTCs reach a threshold beyond which they no longer have an effect. This makes them potentially less effective but much safer than their more powerful opioid counterparts; however, even though patients prescribed opioids can be susceptible to developing addictions, opioids are used to treat a large range of cases, from injury sufferers to individuals recovering from recent surgery and cancer patients.

Acupuncture is healthier and more holistic. “Acupuncture helps the body to regulate our innate natural pain relievers; such as endorphins, serotonin and dopamine, which in turn helps patients dealing with pain relief, stress and addiction,” says Greg Lane, the Director of Clinical Operations at Pacific College of Oriental Medicine. According to DrugAbuse.gov, opioid drugs function by targeting the opioid receptors throughout the brain and the body. By interacting with the receptors, the drugs are able to reduce the flow of pain messages from nerve endings throughout the body to the brain, effectively reducing pain sensations. Opioids artificially stint the body’s natural chemical processes. Acupuncture, alternatively, makes use of natural mechanisms to promote natural pain relief

Acupuncture does not cause addiction tendencies. “The body’s natural chemistry can be used to replace external substances such as opioids,” says Lane. “Acupuncture helps to reduce cravings, decreasing the need for external stimuli such as pain killers.” In January 2016, the Joint Acupuncture Opioid Task Force (JAOTF), formed by the Acupuncture Now Foundation and the American Society of Acupuncturists, issued a letter to the CDC regarding the value of non-pharmacologic alternatives to opioids, which included the following statement: “Research is showing that acupuncture can effectively stimulate the production of the body’s own ‘endogenous opioids’ as well as natural anti-inflammatory compounds. In other words, acupuncture can facilitate the better usage of the body’s own natural chemistry creating the potential for similar or sometimes better benefits than synthetic drugs, without the risks of addiction or side effects.”

During a pilot program from 2014 to 2015, as documented by the California Health Care Foundation, health plan provider Central California Alliance for Health (CCAH) made alternative medicines available to its members and witnessed significant reductions in medication dosages, pain levels, and overall care costs, as pharmacy savings offset the costs of acupuncture care visits. The CCAH has since made the program available to all its members, and other medical service providers will likely follow suit in the coming years.

Acupuncture boasts proven results. In a 2015 study published in The Spine Journal, 21 methods for treating sciatica were compared. These methods included both acupuncture and conventional opioid treatments, among other strategies.

The results indicated that “biological agents were significantly better for pain reduction than bed rest, non-opioids, and opioids.” The study also reached the following conclusion: “For overall recovery as the outcome, compared with inactive control or conventional care, there was a statistically significant improvement following disc surgery, epidural injections, non-opioid analgesia, manipulation, and acupuncture.”

And this is just one of many examples. According to JAOTF, “The risk-to-benefit ratio of acupuncture for common chronic pain conditions is clearly superior to opioid medications and often better than other non-opioid therapies, regardless of mechanism. … There is growing research evidence to support the effectiveness and efficacy of acupuncture for the relief of pain, especially chronic pain. Acupuncture has been shown to be effective for treating various types of pain with the strongest evidence around back pain, neck pain, shoulder pain, chronic headache, and osteoarthritis.”

In addition to providing a viable pain management alternative to opioids in order to mitigate opioid usage and help prevent opioid addiction, using acupuncture for addiction treatment could provide an effective way of rehabilitating patients who have become addicted to opioid painkillers.

Benefits of Acupuncture in Cases of Opioid Addiction

It cited more than 1,000 treatment centers across the United States and Canada that currently utilize acupuncture in their rehabilitation programs. Acupuncture treatment is relatively inexpensive, portable, and low-threshold, making it easy to use in a variety of contexts that range from clinics to prisons, rehab centers, in- and outpatient facilities, and more.

The National Acupuncture Detox Association (NADA) published its own research supporting the use of acupuncture in addiction rehabilitation, citing its widespread use in U.S. and Indian military units; U.S. and European prisons and psychiatric hospitals; and other facilities.

Use of acupuncture is rapidly expanding and gaining ground as a respected and effective treatment method for addiction sufferers.

Chapter 3: New to Acupuncture: How It Works 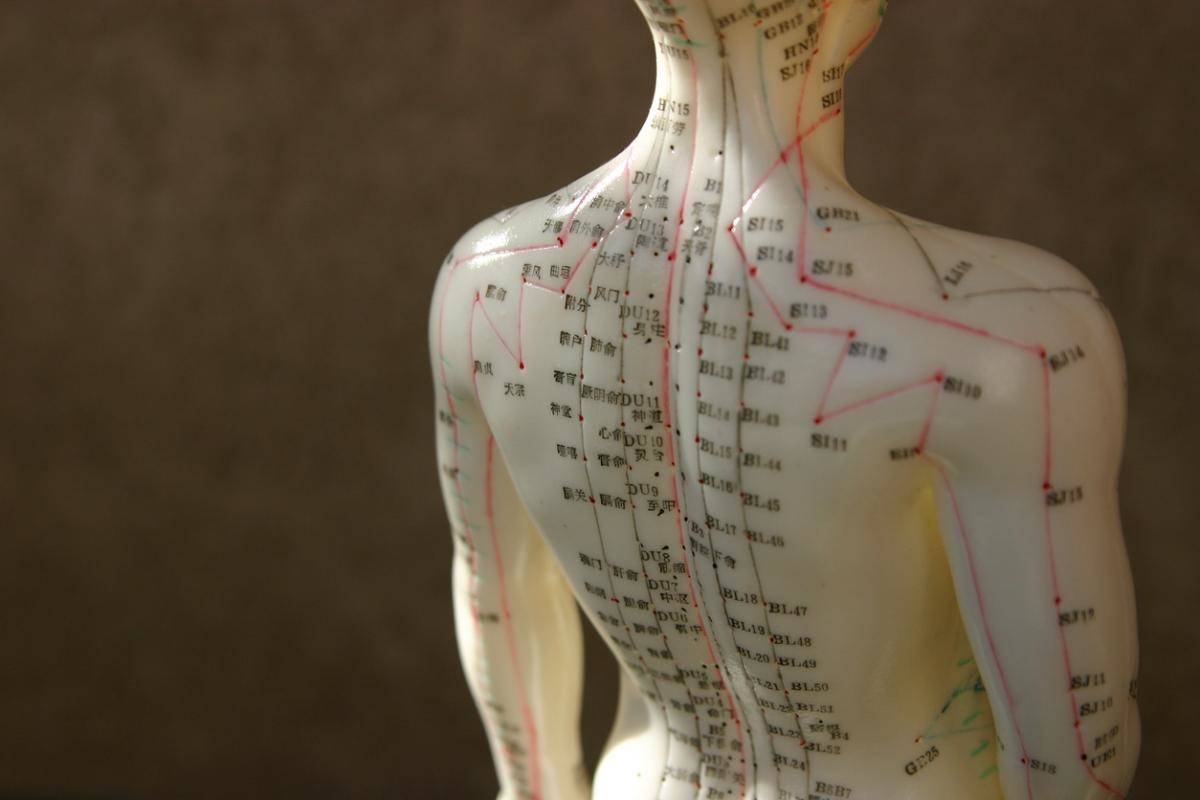 According to the Journal of Natural Longevity, “Stimulating acupuncture points spurs the release of a substance called nitric oxide (NO) at the acupuncture site. NO, in turn, signals the release of natural painkillers in your body. NO also dilates your blood vessels. Subsequently, blood pressure is lowered, and blood flows more freely.”

Forbes magazine describes acupuncture this way: “Acupuncture has many benefits, including stress reduction and pain relief; however, psychologically, acupuncture is also reported to increase the levels of various chemicals in the central nervous system — enkephalin, epinephrine, endorphin, serotonin, norepinephrine, and dopamine.”

Utilizing a holistic and multifaceted practice such as acupuncture provides palpable benefits over using a drug or synthetic additive to treat maladies. Drugs may be hindered by any number of infinitesimal variations that exist within the patient and could also cause a host of unpleasant or dangerous side effects.

What Can Acupuncture Be Used For?

Acupuncture has quietly built a precedent and successful track record among widely varied application types around the globe over the past several hundred years in both Eastern and Western settings.

Acupuncture has been applied to the following symptoms and conditions, among others:

Individuals interested in finding an acupuncture practitioner have a number of resources available to them:

In addition to the above resources, other organizations and geographically specific associations can help provide assistance in choosing professional and well-trained acupuncturists from whom to accept treatment services.

What to Expect from Acupuncture Treatment

The length of the appointment, the suggested duration of care, and various other methods of treatment that may be employed to complement or enhance the effectiveness of acupuncture vary by practitioner.

Acupuncture can provide a low-threshold, safe, and effective treatment method for a wide variety of ailments. Acupuncture is quickly gaining traction as an alternative to conventional pharmaceuticals and could change the medical landscape over the coming years.