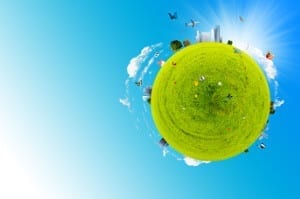 Katy visited our center with a seemingly disparate collection of symptoms that were causing her distress. She described a pattern that was episodic in nature and involved abdominal bloating, belching, acid reflux, loose stools, shallow breathing, and palpitations. A cardiologist had ruled out serious heart disease and she’d been offered beta-blockers for what had been diagnosed as pre-ventricular contractions (PVCs) and occasional tachycardia. A gastroenterologist had found nothing remarkable on endoscopy, apart from a small hiatal hernia, and Katy had been given a prescription for antacids for the acid reflux. Her internist had diagnosed her with panic attacks and suggested a combination of talk therapy and medication. Katy was grateful for each intervention, but remained convinced that all her symptoms had one root and so, looking for a deeper solution, she decided to try Chinese medicine.

Her symptoms could be the result of any number of patterns in Chinese medicine, ranging from the Five Element diagnosis of Wood invading the Earth and not generating Fire, to the zang fu pattern of spleen qi deficiency with liver qi stagnation leading to heat in the upper jiao harassing the heart. Counter-flow in the chong meridian was also a possibility. Like Katy, I was keen to get to the root of her problem rather than simply treat her symptoms.

Bio-medically, I felt as if her pattern could be explained by looking closely at the vagus nerve. One of the 12 pairs of cranial nerves, the vagus nerve is also called the wandering nerve because it meanders in a zigzag pattern from the brain and its fibers spread to the tongue, pharynx, vocal chords, lungs, heart, stomach, and intestines. As a major nerve of the parasympathetic system, it slows the heart rate and stimulates bowel activity.

It plays a key role in the mind-body connection and, in particular, the way that the heart responds to emotions. It is also one of the mechanisms by which the stomach and intestines are affected by stress. Many of the patients I treat for IB who have the classic symptoms of Wood invading Earth have a vagus nerve that is either under or over performing. Likewise, the Five Element pattern of Wood not generating Fire correlates to the way the vagus nerve links the heart and gallbladder anatomically. The chong meridian links the heart and stomach in a way that is also similar to the path of the vagus nerve.

Gastrointestinal bloating, indigestion, loose stools, shortness of breath, and hiccups can also be caused by an overstimulation of the vagus nerve, because branches of the nerve innervate the GI tract, diaphragm, and lungs.

So how does the vagus nerve get irritated in the first place? Any kind of GI distress can put pressure on the nerve and irritate it, with a hiatal hernia being a frequent culprit. Poor posture along with muscular imbalances can also cause the vagus nerve to misfire, as can excess alcohol or spicy foods. Stress can inflame the nerve, along with fatigue and anxiety.

So what is the best way to get the nerve to calm down? In my practice, one of the best solutions I’ve found for patients suffering this combination of gastrointestinal distress and heart palpitations is the Gallbladder Divergent Channel. It separates from the regular Gall Bladder Channel at the greater trochanter, then curves around the hip joint, then goes to the external genitalia, where it joins the Liver Divergent Channel. It then travels up the flank to enter deeper into the body at just below the ribs where it connects the Gall Bladder to the Liver and then travels up to connect with the Heart. It then flows from the esophagus to the mandible, near the mouth. From here it disperses over the face, connecting to the eyes before joining the regular channel again at the outer canthus.

In this way, the Gall Bladder Divergent Channel further cements the Gall Bladder’s relationship with both the Heart and the Liver. Many of the patients who present with symptoms of an irritated vagus nerve have what could be described as a Gall Bladder and Heart Complex in Chinese medicine. This traditionally has been a diagnosis used to describe a collection of symptoms such as esophagitis, hiatal hernia, gastritis, insomnia, palpitations, fearfulness, being easily startled, chest fullness, and a bitter taste in the mouth. In these patients I’ve found that accessing the Gall Bladder Divergent Channel can bring almost immediate relief. I usually use the separating and convergent points of the channel GB 30 and GB 1, along with GB 34, LIV 3, PC6, SP 4, LIV 14, and UB 19.

How can patients suffering from an irritated vagus nerve help themselves? Here’s the advice I give my patients, with one caveat: Because these symptoms can be caused by so many disorders, I always refer my patients to their MD to rule out more serious pathologies before giving self-help suggestions.

As for Katy? She felt better after her first two treatments. With some lifestyle adjustments, she was able to maintain her good health, having finally found an explanation in both Eastern and Western medicine for what had been a confusing symptom pattern.

Jill Blakeway, MSc, LAc is the Clinic Director of the YinOva Center in New York City. She makes frequent appearances on national television and in the print media and is the author of two books on women’s health.