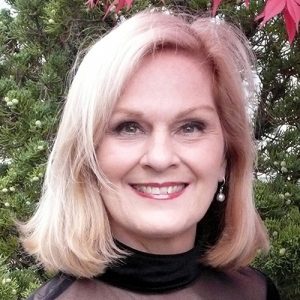 Mary Elizabeth Wakefield is a member of Pacific College’s  Facial Applications for Cosmetic Enhancement (FACE) program. The author of the long-awaited book on her much sought after and transformative facial acupuncture treatment protocols, Constitutional Facial Acupuncture, published by Elsevier Churchill Livingstone (UK) in January 2014, she is the acknowledged international forerunner in facial acupuncture education, innovation and treatment.

The book is now into its second English printing and is additionally available in a German hardcover version; please contact Chi-Akra Center for Ageless Aging directly to order an autographed copy,or a copy of Ms. Wakefield’s DVD, An Introduction to Constitutional Facial Acupuncture Renewal.

Mary Elizabeth has personally trained close to 6,000 acupuncturists, bodyworkers and estheticians from 5 continents – North America, South America, Europe, Asia and Australasia – in her protocols, and maintains a private practice on the Upper East Side of Manhattan, in New York City.

Ms. Wakefield and MichelAngelo pioneered their International GOLD STANDARD FACIAL ACUPUNCTURE® Certification Program at Northwestern Health Sciences University in Minneapolis, MN, USA, in 2012-13.  A second GOLD STANDARD FACIAL ACUPUNCTURE® Program concluded in October 2016, a third in October 2019, and a fourth Program is now scheduled for 2021-22 at a location to be determined (for the first time ever, the didactic portion will be presented online).

Mary Elizabeth has 35+ years of clinical professional experience as a healing practitioner, and is a licensed acupuncturist, certified by the NCCAOM, a Zen Shiatsu practitioner, massage therapist, a cranio-sacral therapist, Acutonics® practitioner, opera singer, herbalist and Interfaith minister.

During the summer months of 2007, Ms. Wakefield pioneered the installation of a 10-week elective (and an associated facial acupuncture clinic) featuring her treatment protocols in Constitutional Facial Acupuncture Renewal™ at Pacific College of Oriental Medicine in New York.*

Ms. Wakefield was invited to custom design a Diamond Acupuncture Facial™ in conjunction with the Academy Awards, and traveled to Los Angeles to debut it at the Soho Mansion Diamond Aquifer Suite. Thereafter, she appeared nationally on Fit TV (Discovery Channel), demonstrating the facial on host Gina Lombardi, in a segment entitled “Buying Beauty.”

Ms. Wakefield appeared on national television on the FOX network as a spokesperson for facial acupuncture on The Morning Show with Mike and Juliet. Mary Elizabeth’s system of Constitutional Facial Acupuncture™ has been featured during a segment on FOX News that aired nationally; she has also demonstrated her techniques in an interview on EyeWitness News, WABC-TV, in New York.