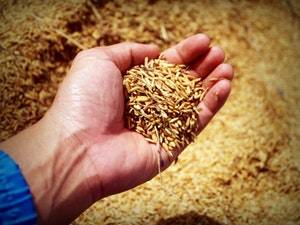 While speaking at the National Association of Nutrition Professionals’ annual conference recently, between sessions I enjoyed a quick visit with another participant, a nutrition professional born and raised in Taiwan and of Chinese ancestry, who relocated to California a few years ago. I asked her who her nutrition clients had been in Taiwan. With a wry grin, her reply was “only ex-pats”, noting that many of the native Taiwanese were incredulous that someone could even have a career in nutrition; in fact, a question she was asked by locals was, “What do you mean people need help with their food? Do they need help with actually eating, getting the food to their mouths?”

I think this short conversation points to a very unique concern, one that could be deemed an issue of living a privileged existence. In many modern, Westernized societies, we are so very fortunate to have such an abundance of foods available to us, something unheard of even a century ago in the West; food that is available inexpensively, regularly. In turn we have created a culture around the harm that comes from too much—too much food, too much refinement of ingredients, eating too frequently, consuming too much of the same kinds of foods.

One of the biggest players in this modern-day issue deeply affecting human vitality is the “cheap and easy” grain-based food culture, comprised of foods that are the base of most Westerner’s diets—and it is not only an issue in the West anymore. As our lifestyle and culture has spread around the globe, this modern-day issue is touching down everywhere and, as happens when we pinpoint a supposed culprit, grain consumption has been slandered among the health-conscious as a key player for many ills from leaky gut to cardiovascular disease to Alzheimer’s, and even cancer.

How is it that something as seemingly innocuous as eating grains has become such a polarizing topic? From the low-carb revolution to the Paleo wave, from the Atkin’s Diet to the gluten-free frenzy, and now the keto craze, grains have been pilloried as food item non grata. How is it that this staff of life has become so slandered and avoided by many, and with such fervor?

While each of these dietary prescriptions and practices have their reasons for grain avoidance, they can be mostly summed up by one or more of the following:

Looking more closely into each of the above dietary and lifestyle choices will reveal sound reasons for their premise. The modern nutritional supply of processed foods, full of GMO-, pesticide- and herbicide-laden ingredients, stripped of their inherent fats, minerals, and vitamins, then fortified with laboratory-derived vitamins and preserved with various chemicals and partially-hydrogenated oils for shelf-stability, delivering foods that are shrink-wrapped or boxed and left on the shelves of grocery store—it doesn’t take a trained eye to see this is a recipe for disaster for human vitality, and yet it is the foundation of most people’s diets.

Additionally, the quantity of refined carbohydrates of the type being consumed today is unprecedented in human history—we are simply not designed to eat this kind of food in the amounts people are eating.

Might it be that it isn’t so much that grains are the issue, but rather their quality (and I posit, their preparation) and their balanced place in a diet that is full of other nutritious foods—healthy fats, fresh produce, pastured meats, eggs and dairy, naturally-fermented foods, and clean water? (Also that we take fallow periods of no food, where only water is consumed, allowing the full digestion of a meal and then an opportunity to rest the digestive function—in our snacking society, this is another tremendous impact, but it will have to be a topic for another day.)

Grains are foods upon which entire societies have been built and maintained. The storability of grains allows them to be socked away, sustaining lives when all other rations have been exhausted. By design, they are hard and durable. How is it that grains have been instrumental in human nutrition over the millennia when there seems to be this conundrum of how we can extract the nutrition from them?

When we think of the human design, with well-developed brains sitting atop rather rudimentary digestive tracts, it isn’t too much to wonder how we might properly digest and humanize such durable foods, putting them to use in our bodies. We are not equipped with the multiple stomachs of the cow, with various pH gradients and varieties of bacteria, nor do we have large, rotund bellies like the gorilla, teeming with digestive enzymes and plenty of opportunity for fermentation of consumed cellulose. As research of the human genome and the human biome has revealed, we do have many, many inherent bacteria (it is estimated that the bacteria in our bodies actually outnumber our body’s cells by about 9:1), and we are equipped with various digestive enzymes, beginning in the saliva and carrying on throughout the GI tract—but as is well-documented, our enzymatic production and protein-cleaving hydrochloric acid availability declines with age, unfortunately. The chronic stress patterns of modern-day living further compromise digestive function as we stay in patterns of sympathetic override, as opposed to the “rest-and-digest” of parasympathetic tone.

As has been brought up by proponents of traditional food preparation techniques, however, might it also be that we are missing some simple, necessary steps that lend themselves to using the nutrition stored in the grain, while reducing or eliminating some of the challenges these foods offer? What is different today from what came before?

If we look at traditional societies around the world, or if we look back on anthropological research of foods consumed by human ancestors, we see that the simple act of soaking the grains creates a much more easily-digested food. Soaking grains allows water and time to “predigest” the grain, reducing lectins (carbohydrate-binding proteins that have been linked to immune reactions, digestive disturbances and obesity) and phytic acid (a component found in the bran of grains that binds to the minerals, causing them to pass largely undigested through the GI tract).

Additionally, many of the traditional preparations of grains allow a degree of fermentation. With organically-grown, non-irradiated grains, there is a natural composition of beneficial bacteria on their surface, as well as wild yeasts on the air, that will flourish under the conditions of moderate temperature, carbohydrate availability, and time, eventually giving way to fermentation.

However, using a small amount of a culture “starter”, such as sourdough, will allow for guided fermentation of the grain. When this method is undertaken, another benefit arises: the beneficial bacteria and yeasts use and transform much the carbohydrate and protein content in the grain, further enhancing the predigestion, transforming the carbohydrate load of the grain, turning complex carbohydrates into simpler sugars, carbon dioxide, and acids, and proteins into amino acids and peptides. In the wake of the transformation, beneficial bacteria are further propagated, creating a probiotic- and enzyme-rich food (though both of these qualities are lost when the grain is cooked). By way of these changes, there is now a food that is generally much easier to digest, as it is broken down into its smaller components.

But what happens to gluten? How do soaking and fermenting of gluten-bearing grains affect the gluten content? For those that are truly allergic to gluten (who have been diagnosed with celiac disease) it is probably best to simply steer clear of any gluten-containing grains. However, research has revealed that traditional “souring” of gluten-bearing grains parses the gluten content into smaller peptides and amino acids—deconstruction of a challenging protein.

When preparing even non-gluten grains, soaking and fermentation is still a very good idea for the reasons listed above. For those that are simply avoiding gluten for other health concerns, one might find that using fresh grains soaked in room-temperature, non-chlorinated water that has been primed with a starter culture such as a sourdough starter, water kefir, kombucha (beverages that are rich in beneficial bacteria and yeasts), or even raw apple cider vinegar can yield a much more-easily digested food.

We can be sure that most commercially-prepared grains and breads do not use these methods—the busy-ness of our modern lives is riding on the ease of inexpensive foods that are made in huge quantities, as quickly as possible. To ensure quality preparation of foods, it really is best to make your own. Good soaking, possibly with some fermentation over a 12- to-36-hour period, is a simple first step to enjoying whole, organic grains in the context of a balanced diet.

Sarica Cernohous is a practitioner of acupuncture and Chinese medicine, using Japanese-style methods, LED light therapy, and herbal medicine in her private practice. She is the author of a book on the importance and practical application of traditional food preparation techniques, The Funky Kitchen, and its accompanying online course, “Fresh, Fun and Flavorful in The Funky Kitchen”. Cernohous is also a coach for Metabolic Balance of Germany, from which she has crafted a personalized weight-optimization and lifestyle program, The LAPIS Method. Since 2011 she has been sharing recipes and health articles on her website, NaturallyLivingToday.com. She resides with her family in northern Arizona.

Graham, R. (2017, April 25). The Difference Between the Human Digestive System & the Digestive System of a Cow. Sciencing. Retrieved from http://sciencing.com/difference-system-digestive-system-cow-8266401.html

How to Properly Soak Grains, http://naturallylivingtoday.com/how-to-properly-soak-grains/