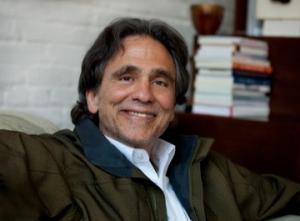 Ted J. Kaptchuk is a Professor of Medicine and Professor of Global Health and Social Medicine at Harvard Medical School and Director of the Harvard-wide Program in Placebo Studies and the Therapeutic Encounter (PiPS) at Beth Israel Deaconess Medical Center in Boston, Massachusetts.  As a leading figure in placebo studies, a scholar of East Asian medicine, and an academic authority on medical pluralism, Professor Kaptchuk’s career has spanned multiple disciplines, drawing upon concepts, research designs and analytical methods from the clinical, basic and social sciences, and the humanities.

In collaboration with his colleagues, Professor Kaptchuk has made significant contributions to the field of placebo studies through his investigations of the impact of placebos in various illnesses, the neurobiology of placebo effects, the experience of patients being treated by placebo, and various psychological, cultural, sociological and philosophical dimensions of placebos.  Professor Kaptchuk has written well-regarded histories of placebo controls and the placebo effect, and significant ethical analyses of the use of placebos in clinical practice and research.  His team has pioneered the idea of ‘open-label placebo’, demonstrating that honestly prescribed placebos can still evoke placebo effects.

Professor Kaptchuk entered the field of placebo research after pioneering the study of East Asian medicine in the United States and Europe and establishing himself as a scholar of multiple healing traditions.  He is the author of The Web that Has No Weaver: Understanding Chinese Medicine, a classic textbook, and was senior writer and researcher for the 9-hour BBC-TV series The Healing Arts which documented healing practices around the world.  in the 1980s, he directed the pain unit at Boston’s Lemuel Shattuck Hospital, a state-run chronic disease facility.

Professor Kaptchuk received a B.A. in East Asian Studies from Columbia University in 1968 and graduated with a degree in Chinese medicine from the Macao Institute of Chinese Medicine (Macao, China) in 1975.  He was appointed Assistant Professor of Medicine in 1998, was promoted to Associate Professor in 2007, and to full Professor of Medicine at Harvard Medical School in 2013. In 2015 he was also appointed Professor or Global Health and Social Medicine. He was a member of NCCAM’s National Advisory Council from 1999 to 2010 and an expert panelist for the FDA from 2001 to 2005.  Ted Kaptchuk’s work was listed among “The Most Notable Medical Findings in 2015” by The New Yorker.