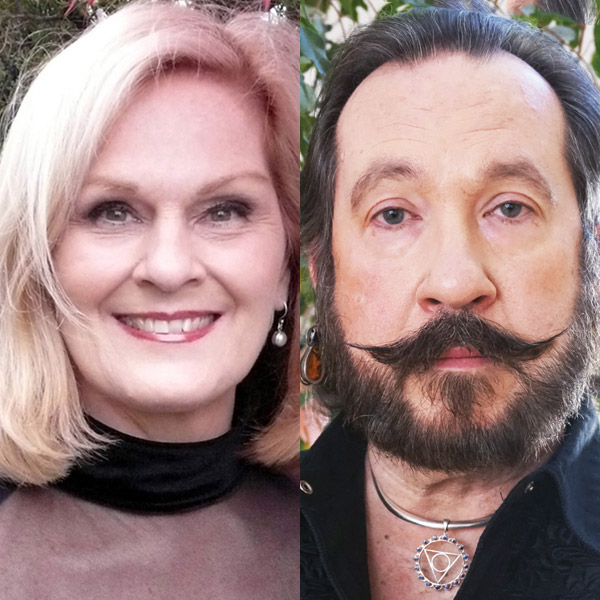 Mary Elizabeth Wakefield is the author of Constitutional Facial Acupuncture and co-author with MichelAngelo, MFA, of Vibrational Acupuncture: Integrating Tuning Forks with Needles. She was the facial acupuncture columnist for Acupuncture Today for nine years, and her protocols have been highlighted or featured in several other publications. With more than 30 years of professional practice experience, she has personally trained thousands of healthcare practitioners. Wakefield was invited to design a facial in conjunction with the Academy Awards, then appeared on the Discovery Channel to demonstrate it on host Gina Lombardi. She is also an herbalist, Acutonics®/Zen shiatsu practitioner, cranio-sacral therapist, a professional opera singer; in addition, she maintains a private practice in Manhattan.

MichelAngelo is an opera singer, classical composer, pianist, astrologer, healer, diviner and writer, MichelAngelo was a presenter at the 2011 Conference of the International Society for the Study of Subtle Energy and Energy Medicine (ISSSEEM). An article on his system of Planetary Vibrational Medicine appeared in spring 2012 in the Wood issue of Oriental Medicine Journal.

He has created a 3-part certification series in which he synergizes Western medical astrology with Oriental medicine theory and practice, introducing a variety of vibrational methods of remediation (gem elixirs, tuning forks) to address constitutional balance and imbalance as it is reflected in the Western natal chart and identified through other astrological diagnostic strategies

MichelAngelo is a co-author, with sound healing pioneer Donna Carey, co-creator of the Acutonics® sound healing system, of the ground-breaking advanced level treatise, From Galaxies to Cells: Planetary Science, Harmony and Medicine, to which he contributed information on the musical components of the Acutonics® system, as well extensive information on planetary archetypes and classical music.