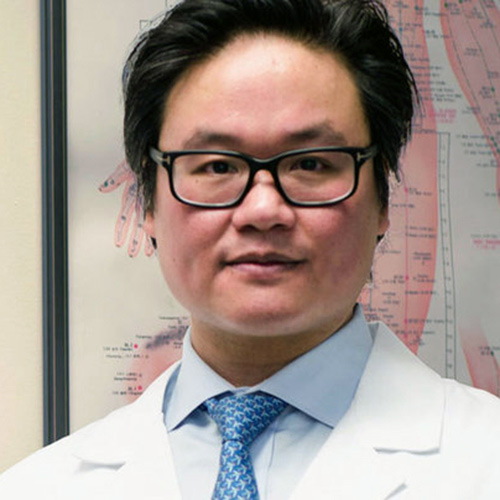 Clayton Shiu is an acupuncturist and Chinese herbalist with over 19 year’s experience practicing acupuncture and Traditional Chinese Medicine (TCM) as a NCCAOM and New York State licensed acupuncturist. Clayton holds a Bachelor of Science degree in Human Physiology from Boston University and a Master’s degree in Traditional Oriental Medicine from the Pacific College of Oriental Medicine, ranked in the top 10 acupuncture schools in the U.S. and an institution widely recognized for excellence in its acupuncture curriculum and clinical training.

Clayton received a Doctorate of Philosophy (Ph.D.) in Acupuncture and Moxibustion at the Tianjin University of Traditional Chinese Medicine, a highly regarded teaching facility and the largest acupuncture and moxibustion center in China. His research was concerned with acupuncture treatment for cerebral disorders under the tutelage of Dr. Shi Xue Min, the pioneer of modern acupuncture stroke treatment, at the distinguished First Teaching Hospital of Tianjin University of Traditional Chinese Medicine. Clayton was awarded a special scholarship by the Chinese Government to undertake this position as part of continued efforts by both the Chinese and United States governments to facilitate greater knowledge exchange between the countries.

Having trained in both Western and Chinese medicine, as well as treating many patients with acupuncture at the referral of some of the United States’ best physicians, Clayton is at the forefront of integrating Western medicine with acupuncture for best patient care. He is also in unique position to bridge the philosophical and practical differences between Western and Eastern medicine, and has developed communication techniques that improve understanding for medical practitioners and patients alike.