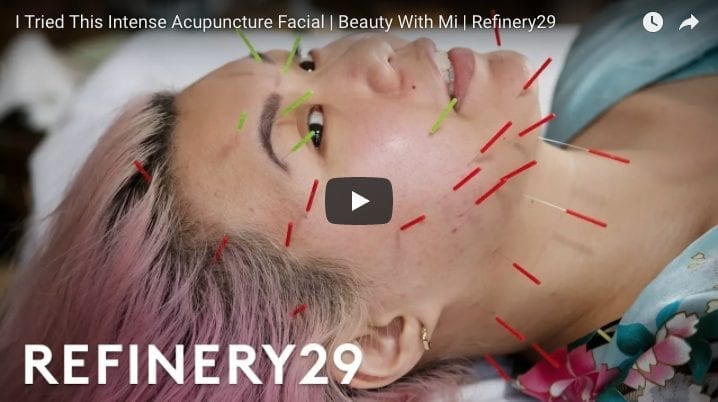 Sandra Lanshin Chiu, LAc, who earned her MSTOM from PCOM-New York in 2005, had the honor of having the clinic she founded and continues to manage featured by the New York Times and twice by Refinery29. Sandra continued her post-graduate studies in Beijing where she apprenticed with Dr. Wang Ju-Yi, the late TCM doctor, acupuncturist, and author of Applied Channel Theory. The NYT article, titled “How to Lift Your Face With 2 Hands, 30 Needles and No Knives”, covered a facial acupuncture rejuvenation and gua sha session at Treatment by Lanshin and also features a video. In the most recent Refinery29 article, “I Tried Facial Acupuncture & It Cleared My Acne”, meets with Chiu herself to discuss facial acupuncture for beauty; another Refinery29 article also featured an interview with Chiu, focusing more on gua sha.