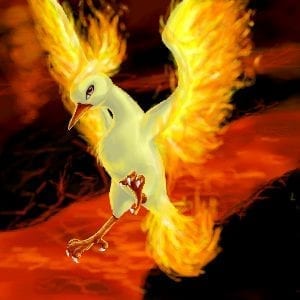 Welcome to the Year of the Fire Rooster! The Chinese calendar is a yearly one, with the start of the year governed by the cycles of the moon, so the beginning of the year can fall anywhere from late January to mid February. This year it falls on January 28th, and runs until February 15th. The Year of the Rooster brings renewal; a rooster’s crow can ends wars and times of trouble, among other problems and tribulations.

A complete cycle of the calendar takes 60 years and is made up of 5 cycles of 12 years each. Legend says that Lord Buddha summoned all the animals to come to him before he departed from the earth. Only 12 came to say farewell, and as a reward he named a year after each one in the order they arrived. The Chinese believe the animal ruling the year in which a person was born has a profound influence on his or her personality.

The five elements cycle in a specific order, each commanding for 2 years before passing to the next element. Fire creates Earth; Earth contains the ore that becomes Metal; off Metal, runs Water; Water makes Wood grow; and Wood makes Fire burn. This is the second year for Fire.

In the lunar calendar, the Rooster is considered to be the most misunderstood and eccentric of all the signs. People born in the year of the Rooster are hardworking, resourceful, courageous and talented. Outwardly, Roosters are self-assured and aggressive, but at heart can be conservative and old-fashioned. Their powerful personalities can lead them to be vivacious, amusing, and the life of the party. Roosters, however, can be conceited, with a tendency towards vanity and boastfulness. Though generally practical, they are also born dreamers. Roosters have a tendency to become so completely caught up in the dreams they create that they are often disappointed when reality fails to compare to their fantasies.

Cautious, skeptical, perceptive Roosters make excellent troubleshooters and take pride in working hard and following the rules. Their organizational skills enable them to keep everything neat and tidy, with all of their affairs in order, accounts up to date, and documents systematically filed away, and they function best in an environment where everything is organized and their schedules programmed. Their biggest strength is management of finances both on a personal and professional level: Roosters are prudent and careful, brilliant managers of other people’s money. The Rooster has the reputation of finding money in the unlikeliest of places.

When it comes to making decisions of any kind, Roosters prefer to carefully consider all sides of a situation before coming to a conclusion. In conflicts, Roosters will push to the extreme, but flee before open hostilities break out. Their reflective and analytical abilities sometimes get the better of them. They must constantly question their point of view to ascertain its validity. Yet, there are no hidden depths to the Roosters character; they are simply honest and straightforward. This makes Roosters the most devoted friends, who are always true to their word. Once settled in a permanent relationship, Roosters are highly unlikely to deceive or cheat on their partners.

Those born under the Rooster are colorful and controversial people, who will never fail to leave an impression. October is the month of the Rooster, and their direction of orientation is west. The color of the Rooster is peach. The Snake, Ox and Dragon understand Roosters and would make ideal partners. They would gain much from a friendship with the Monkey and Boar. The introverted Rabbit does not trust the Rooster and won’t put up with his boasting. Power struggles and miscommunications may erupt between the Rooster and the Tiger. The Rooster and the Rat are competitive rivals and completely incompatible.

The celebration of Chinese New Year, also known as the Spring Festival, lasts 15 days. Preparations usually begin about one month before the New Year. Homes are thoroughly cleaned to sweep away any traces of bad luck. Doors and windowpanes are given a new coat of red paint and hung with paper scrolls decorated with themes of happiness, wealth, and longevity, a practice believed to keep away ghosts and evil spirits. Many traditional Chinese homes also have live blooming plants and flowers symbolizing rebirth and wealth such as peony flowers and kumquat trees.

Because it is believed that one’s behavior during New Year’s sets the tone for the rest of the year, words that sound like unlucky or undesirable events, such as death or poverty, are not to be spoken. Arguments, scolding children, crying, and breaking things are also taboo. During this time, it is typical to wear something red as this color is believed to ward off evil spirits. Black and white are avoided, as these colors are associated with mourning.

On New Year’s eve, traditions are carefully observed. An elaborate dinner with large amounts of traditional food symbolizing abundance and wealth for the household is prepared. Each of the nine to twelve courses signifies a good wish such as happiness, good luck, or prosperity. Nian Gao, the New Year’s cake, and the “prosperity tray”, an eight-sided tray filled with fruit, snacks, cookies, and cakes, are also served to guests. Each item of the tray represents a type of good fortune: red dates and lotus seeds bring prosperity, melon seeds bring proliferation, and oranges and tangerines bring wealth and good fortune.

After dinner, families stay up together until midnight, when fireworks light up the sky and doors and windows are opened to allow the old year to go out. The custom of putting up red paper and lighting firecrackers began as a way to scare off Nian, a mythical beast known to prey upon the populace the night the night of New Year’s Eve. Nian destroyed the villages, injured the villagers, and ravaged the livestock and grain stored for the winter. One year as the monster appeared, it was scared away by the color and crackling sounds made by bamboo used in the villagers’ fires. From this time on, villagers burned bamboo sticks to keep the monster away during the New Year. Today, firecrackers have replaced the burning of bamboo sticks as a way to drive off “evil energy” and attain peace and good fortune.

New Year’s day is spent visiting family, friends and neighbors. A custom called Hong Bao, or “Red Packet”, takes place. As a symbol of good luck, married couples give children, unmarried adults, and the elderly money in red envelopes. Performances of the dragon and lion dances can also be seen in the streets. Chinese consider lions to be good omens, able to repel demons and evil and bring good luck. The dances are accompanied by loud music played on drums, gongs, and cymbals. When the dancers stop in front of a residence or business, it is thought to bring good fortune to the occupants. In return, the residents usually present the dancers with money as a thank you and reward. The Festival of Lanterns, a celebration with singing, dancing, and lantern shows, marks the end of the New Year. Often used to adorn temples, the decorative lanterns come in many shapes and sizes and depict animals, flowers, historical figures, and scenes from popular stories.

The Chinese use the New Year as a time to express their appreciation for protection and good fortune during the year. It is also a time of reconciliation when debts are paid and old grudges are easily cast aside. Although celebrations of the Chinese New Year vary, the underlying message is one of peace and happiness.