Holistic Nursing: The Bridge Between East and West - Pacific College
Skip to content

Home › Holistic Nursing: The Bridge Between East and West 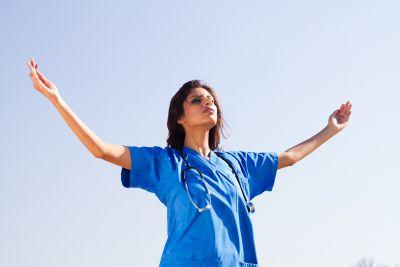 2011 was an excellent year for complementary and alternative medicine. As the recent American Hospital Association survey points out, alternative and holistic therapies are on the rise across the United States, increasingly being offered in hospitals and growing in recognition from insurance companies. This increase in CAM services at hospitals is a response to patient demand. There is a rising interest in holistic approaches to healthcare, as the latest studies indicate that 65 to 80 percent of the world’s population, and approximately 38 percent of all Americans use CAM. Hospitals are integrating acupuncture, massage therapy, and other alternative services into their conventional medical care. Forty-two percent of hospitals in the survey said they offer one or more alternative therapies, including meditation, relaxation training, homeopathy and chiropractic care. This is a sizeable increase from 2007, when only 37% of hospitals reported that they offer one or more alternative therapies.

Oncology is an area of medicine that is particularly interested in incorporating acupuncture and massage. Recently, an NPR spot in Seattle advertised a cancer center where naturopathic doctors and M.D. oncologists work side-by-side. In British Columbia, the government announced that it is investing to make the integrative oncology model of InspireHealth the provincial norm. In the U.S., Francis Collins, M.D., director of the National Institutes of Health, headlined the annual conference of the Society for Integrative Oncology (SOI). Even the American Society for Clinical Oncology included at its annual meeting, for the first time, an integrative medicine track in 2011.

The shift in modern healthcare towards integrative medicine is a collaborative effort. When offered in hospitals and large medical settings, integrative healthcare is often composed of a team. Medical doctors, acupuncturists, counselors, massage therapists, chiropractors, and nutritionists work together to care for the patient’s needs. In May of 2011, Obama’s administrator for the Health Resources Services Administration discussed a historic collaboration of academic organizations. M.D.s, nurses, and four other disciplines published the Core Competencies for Interprofessional Collaborative Practice.

The presence of integrative medicine has steadily grown in the nursing field over the last few years. In 2006, Holistic Nursing received specialty status recognition from the American Nurses Association in late 2006. This recognition contributed to the fact that in just the past three years, the American Holistic Nurses Association (founded in 1981) has more than doubled its membership. Those in the field consider Holistic Nursing to be a way of life as much as a profession. Unlike other nursing specialties, Holistic Nursing embraces the whole, adding extra tools to a nurse’s proverbial tool belt. In addition to their knowledge of the traditional sciences, holistic nurses can incorporate CAM into their care, as well as help patients with principles of self-care and preventative medicine.

More and more nurses are expressing an interest in the specialty, and a growing number of nursing schools are teaching about holistic nursing as part of their programs. Holistic nursing takes an integrative relationship-centered approach, emphasizing the interconnectedness of self, others, and the environment. The holistic nurse is educated as an advocate, collaborator and partner with the patient, his/or her family, the community, and other health disciplines, striving to identify and treat the root cause of illness, and in many ways is one of the key ambassadors of Eastern medicine into Western healthcare.