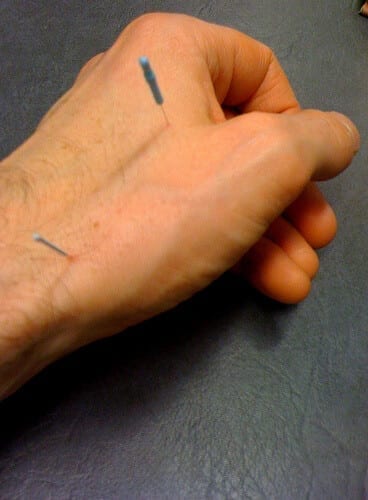 Post-traumatic stress disorder is an actual and serious disease triggered by exposure to dangerous and frightening events. Symptoms include irrational fears, nightmares and sense that the traumatic events keep happening again and again. It can have serious consequences on the life of the person going through this and on the lives of the people around them. In the long term, it can lead to substance abuse, Alzheimer’s disease, and even dementia.

With the current wars in Afghanistan and Iraq, there is an increasing number of people diagnosed with post-traumatic stress disorder. In fact, Pentagon officials are estimating that close to a third of the soldiers returning from these wars will suffer from it. But this illness does not only affect war veterans. Anybody who has been through a very stressful, frightening, and traumatizing event can suffer from post-traumatic stress disorder. It is especially the case for people who have been through life-threatening experiences for themselves or people around them, and physical or emotional abuse. Physical assaults, natural disasters, accidents, rape, and the violent or sudden death of relatives are among the traumatic events that can cause post-traumatic stress disorder.

Western medicine is using a variety of psychological therapies and drug therapies to treat this condition, but there is no definitive treatment of this disorder. In traditional Chinese medicine (TCM) various natural remedies can help people affected with this condition. Among these natural remedies, acupuncture appears to be the most effective. In fact, various scientific studies, such as the one conducted by Dr. Michael Hollifield at the  University of New Mexico’s Department of Psychiatry (1), support the use of acupuncture as a natural remedy for treating post-traumatic disorder symptoms such as insomnia, anxiety, and depression, and psychosomatic pain disorders.

The positive effects of acupuncture can last more than three months after the end of treatment. The other advantage of acupuncture is that it is a non-exposure treatment that does not require the patient to relive traumatic events or even talk about them. Because of that, it is a more comfortable treatment and makes it easier for a person suffering from the disorder to make the decision to enter the treatment.

In fact, research conducted by the Pentagon has shown that soldiers suffering from post-traumatic stress disorder are more likely to accept acupuncture and other non-exposure alternative medicine treatments because patients do not want to have to share their experiences (2). In this research, acupuncture was also shown to bring fast and significant improvements. In fact, word-of-mouth about the efficacy of acupuncture seems to be spreading fast as a recent US army study has shown that 1 in 4 soldiers turn to alternative medicine such as acupuncture to help them deal with their disorder.