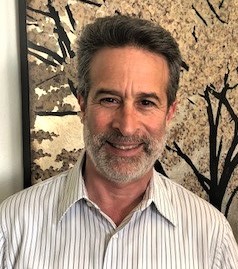 Todd began his study of traditional medical systems while completing his bachelors degree in human physiology at Rutgers University. Todd has been helping people achieve their optimal health goals through the use of diet and herbs for the past 30 years.

After graduating from Rutgers, Todd spent two years at the National University of Natural Medicine (formerly known as National College of Naturopathic Medicine: NCNM) in Portland, Oregon, where he studied clinical diagnosis, nutrition, and western herbology. During this time, he also completed Subhuti Dharmananda’s course in Chinese Herbology from the Institute for Traditional Medicine in Portland and a series of workshops in Ayurvedic herbology with Robert Svoboda.

Todd’s growing interest in personalized herbal medicine led him to transfer to the Oregon College of Oriental Medicine (OCOM), where he completed his master’s degree in Chinese medicine.

After graduation, Todd worked at the immune enhancement program of the Institute for Traditional Medicine run by his first teacher, Subhuti Dharmananda.

Todd later took a job running the herbal dispensary at OCOM and went into private practice for the next seven years in Portland, Oregon. His practice centered on the personalized use of herbs and diet to restore balance and function lost due to aging and chronic illness.

Todd operated a multidisciplinary clinic called the Belmont Street Holistic Health Center in Portland, Oregon. In this clinic, he worked closely with a naturopathic physician who specialized in functional medicine and anti-aging therapies from a modern holistic perspective. At this time, Todd began to incorporate the method of functional medicine, the lab tests used in that system, and the nutritional supplements that were prescribed based on those tests, into his holistic health practice.

Todd’s work at CHA led to a faculty appointment at Pacific College in 2000. He taught a wide range of classes on herbal medicine, including TCM diagnostics, materia medica, formulas, and advanced formulation. He also supervised interns 20 hours per week in the school clinic. During a five-year period, he supervised about 15,000 patient visits, most of which involved him writing personalized herbal formulas and providing nutritional advice or guiding senior interns to do so.

Todd was one of the lead developers for a master’s degree program in health and human performance at Pacific College of Health and Science. This program prepares graduates to analyze evidence from both traditional medical systems and modern science to help individuals and organizations achieve their optimal performance goals through advances in nutrition, exercise physiology, cognitive psychology, herbology, and nutritional supplementation.

During the development of this program, Todd did extensive research to create the syllabi for courses in nutrition, physiology of human performance, and traditional Chinese medicine for health coachesHe’s currently working on a health tracking app that was inspired by this project.